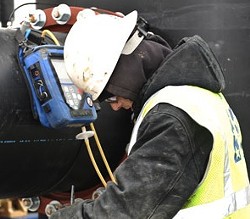 via
Worker at Bridgeton landfill.

As we've reported, there's a landfill in Bridgeton that smells really, really terrible -- and while the officials responsible say they are doing everything they can to make it less stinky, Missouri Attorney General Chris Koster is not pleased.

He recently announced that he'll be suing the company that operates the landfill and now he is doubling down on his attacks, with a formal request for court dates in the lawsuit -- even as the state and the company attempt to reach an agreement.

He's requested a preliminary injunction hearing -- and the Circuit Court of St. Louis County could hear arguments next month about the company's alleged environmental violations.

See also: - Bridgeton Landfill: Smell Will Get a Lot Worse Due to "Odor Reduction" Efforts - Bridgeton: We All "Want the Same Thing: To Dramatically Reduce the Odor" - Bridgeton: "Dirty Bomb" Radioactive Hazards or Irresponsible Activist Speculation?

This latest push from Koster, who is preparing to run for governor, comes as Republic Services pushes forward with efforts to reduce the odor.

The so-called "odor reduction" initiative does, however, require an initial phase in which the smell will get a lot worse. And just yesterday, Republic Services warned of a repair that would also make the stench stinkier.

Part of the problem -- and the reason the attorney general's office is taking legal action -- is that there is some sort of underground fire at this landfill that is contributing to the problem and has raised concerns from environmental activists about potential radioactive hazards.

Koster's office announced this week that he has requested court dates in the suit, which alleges that the company has violated a number of Missouri's environmental laws in its operation of the landfill.

Immediately after filing the suit, the Attorney General's Office began negotiations with Republic with the goal of coming to agreement on issues outlined in the lawsuit. Koster said that while he is optimistic that the parties can reach agreement on a number of important matters, he requested the preliminary injunction hearing to ensure that progress is made on remaining issues upon which the parties cannot agree.

"My office is moving swiftly to ensure that Republic fulfills its promise to fix the problems plaguing the residents, schools, businesses, senior care facilities and a local hospital near the Bridgeton Landfill," Koster says in a statement. "Our lawsuit highlights a number of issues that need Republic's attention. If those issues cannot all be appropriately resolved by negotiation, we will go into court three weeks from today to seek the best protections for those who are being harmed by this situation."

Koster's office says he also wants to the company to provide remedies to help local residents and businesses "deal with the ongoing effects of the burning waste." 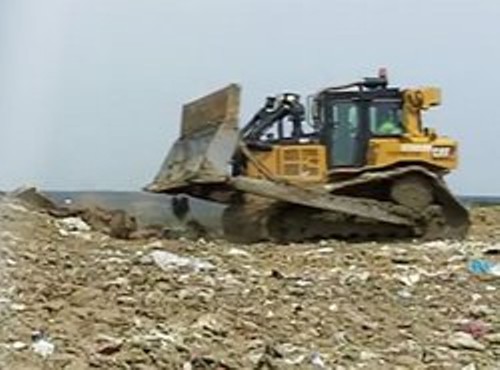 In a statement sent to Daily RFT, a landfill spokesman says:

Bridgeton Landfill is and has been ready to perform the necessary work to significantly reduce the odor issues at the landfill. We have the best team of internal and external experts addressing the situation.

We look forward to continuing negotiations with the Missouri Attorney General and hope that an agreement can be reached in the very near future.

In past statements, the company has acknowledged that the odor is really awful -- but argues the site does not actually pose a health risk. Activists, however, have been very skeptical.

It seems the dispute may ultimately be resolved in court.

Here's a copy of Koster's petition.