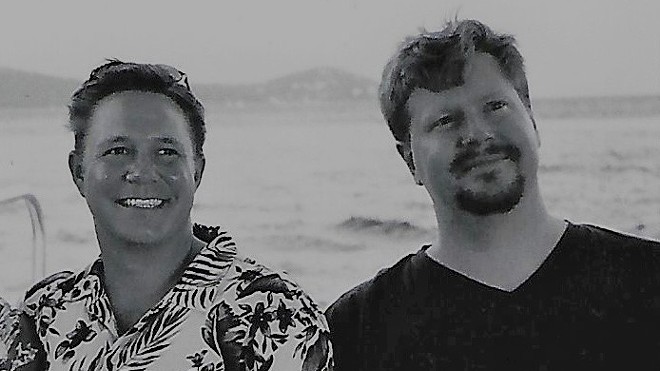 Robert Smith, a 52-year-old Black man, shot his roommate Todd Toston Sr. three years ago. Toston was high on drugs at the time and came at Smith with a knife. Smith shot Toston in self-defense, and Toston died.

A jury found Smith not guilty of first-degree murder, manslaughter or second-degree murder, all charges sought by St. Louis Circuit Attorney Kim Gardner. The jury did, however, find him guilty of felony murder — though seemingly having wanted to let him walk. But Missouri law states that you cannot argue self-defense when you kill someone while in the process of committing a felony yourself. Smith’s felony was possession of a firearm. Due to a 20-year-old DUI conviction, he should not have had a firearm.

Finding all of this out left Brad LeFebvre "confused" and "frustrated." LeFebvre’s brother was also shot by a former felon in possession of a gun, and Gardner never charged that shooter with felony murder.

On August 21, 2018, LeFebvre’s brother Craig LeFebvre, at the time the spokesperson for the St. Louis County Health Department, was killed outside the Grand MetroLink Station. Armani McKinley and another man were attempting to rob Devin Smith by the station, and McKinley's gun jammed during the robbery. Smith pulled out his own gun and fired in self-defense. The bullet struck LeFebvre, an innocent bystander, in the chest, killing him.

Prosecutors charged Devin Smith with unlawful possession of a firearm (not felony murder). He was sentenced to five years in prison in February 2019, and was released after 13 months. McKinley pleaded guilty to involuntary manslaughter last week, receiving a 10-year sentence.

At the time, Brad LeFebvre called Smith's 13 months in prison "the best of all the bad options."

But then LeFebvre found out about Robert Smith. If the Circuit Attorney's Office was willing to charge him with felony murder, why hadn’t they charged the man who killed LeFebvre’s brother with the same crime?

"They could have used that against Devin Smith, if they used it against Robert Smith," LeFebvre says. "It's like, wait a second, you don't use it in a circumstance where I think it's appropriate and applicable per the law. But then you use it against this poor Robert Smith guy who was truly defending himself and say, 'Oh, no, you can't claim self-defense because you had a DWI 20 years ago.' That's mind-boggling to me."

In contrast, the original felony that barred Devin Smith from possessing a gun was itself a gun-related crime, not a nonviolent DWI.

"I ended up emailing the Circuit Attorney's Office," LeFebvre says. "I said, ‘I'm confused now. Because this certainly was not brought to my attention as a potential to bypass the self-defense charge that Devin Smith was claiming of being robbed.’"

However, a source in the St. Louis Circuit Court tells the RFT that in the MetroLink shooting case, a felony murder charge would have been a challenging one for prosecutors to make good on. According to this source, the courts have added an element to the offense of felony murder when it involves unlawful possession of a firearm stating that the death resulting from underlying felony must be "foreseeable and proximate."

"If you look at the instructions, you come away thinking, ‘Yeah, I can do this.’ But if you go read the case law, you think ‘I cannot do this,’" he adds.

Brad LeFebvre says he believes the prosecutors charged Smith with only unlawful possession of a weapon because they needed him as a witness. "Their claim, or their concern was, ‘Well, if we charge Smith with killing your brother, then he won't be a witness for us against the other guys for the robbery,’" LeFebvre says. He points out that the men Devin Smith would have been a witness against took plea deals anyway.

Though Robert Smith was found guilty of felony murder, the judge ultimately handed down a much lighter sentence, giving Smith a 10-year suspended sentence on that charge as well as three years for possessing the gun. Because Smith has been in jail for two and a half years, he will serve six months in state prison before being released on probation, which will entail him having to check in with the court once a month.

Devin Smith, meanwhile, received a five-year sentence in the death of Craig LeFebvre. Perhaps the most striking discrepancy between the two cases is not so much in the ultimate outcomes but in the very different sentences that the Circuit Attorney's Office initially asked for. City Prosecutor Srikant Chigurapati had pushed for Robert Smith to serve 18 years.

"It's not necessarily about whether or not decisions are consistent across prosecutors," says the St. Louis Circuit Court source. "What's important is that they be reasonable.


CORRECTION: A previous version of this article misstated where Craig LeFebvre was struck by the bullet that took his life. We regret the error.