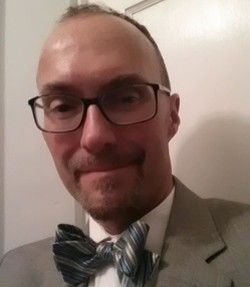 "It makes me feel closer to John Mark Paulsen," she says, using his full name as she plays the tape at the Kansas funeral home she runs with her husband. "It's such a waste that he isn't singing for us anymore."

Paulsen was murdered in south St. Louis last summer, shot in the chest on his way home from work at the Chase Park Plaza in an apparently random robbery.

"Oh, thank goodness," Bateman says, hearing the news for the first time. "That would be the one thing that would give us some comfort, knowing that if this person is guilty, they won't be out there murdering people."

Paulsen's parents, Jim and Janet Paulsen, say they've been waiting for a suspect in their son's murder for three months, all while dealing with Janet's new cancer diagnosis. Her health struggles remind Janet of her son, whose own cancer had been in remission for five years when he was killed.

"We're glad they have someone incarcerated," says Janet, "but it's not going to bring John back."

Around 3:30 a.m. on July 21, Milton came at Paulsen with a handgun and demanded his property in the 4200 block of Neosho Street, according to the probable-cause statement. Paulsen, 48, rolled up the window to his convertible, and Milton fired one shot through the car window, resulting in his death.

Police tracked Milton down through a witness, although court documents show Milton's brother, Ronald Milton, 29, tried to stop the witness from "snitching" on his brother by pulling out a gun and wondering aloud if he should kill her. He faces charges of unlawful use of a weapon and tampering with a witness.

Lorenzo Milton is being held in jail without bail. Ronald Milton was jailed in lieu of a $30,000 cash bond.

Until Paulsen's killer is brought to justice, Bateman looks for comfort in his voice, recorded during concerts from twenty years ago.

"John would never have done anything to deserve this," she says. "Everybody loved John. There's no reason for him to be gone or to be shot."

Read the Miltons' probable-cause statements after the jump.