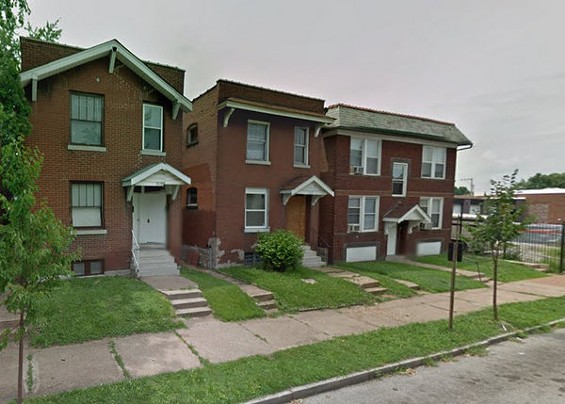 Two men broke into a south city home and attacked a 24-year-old woman with an ice pick because her child's father owed them money, according to police.

The woman was in her home in the 3100 block of Minnesota Avenue when she heard the rear window shatter at 1 p.m. Thursday, according to the St. Louis Metropolitan Police.

The woman tried to flee out her front door, but the burglars -- a 22-year-old man and a 29-year-old woman -- pulled her back in, police said. The man started beating her with his fists.

Then the female suspect tried to stab the victim in the chest with an ice pick, police said. The victim was stabbed in the hand while trying to defend herself.

The female burglar's weapon of choice.

Police arrested both suspects in the burglary/assault.

The victim was taken to a hospital and listed as stable. She told police that her child's father owes the suspects money.

The victim was inside her residence when she heard a rear window shatter. When the victim attempted to flee out of the front door, the suspects pushed her inside and Suspect #2 began assaulting her with his fists. Suspect #1 then attempted to stab the victim in the chest with an ice pick, and while trying to defend herself, the victim suffered a stab wound to her hand. The suspects then fled out the front door. The victim reported to officers that the suspects were acquaintances of her child's father, who she believed owed the suspects money. Both suspects were located by officers and taken into custody. The victim was conveyed to a hospital and listed as stable. The investigation is ongoing.