Buzzkill: Jefferson City High School to Have Breathalyzers at Prom 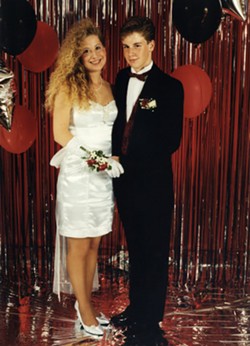 And you thought prom was painful enough when you were drunk? Just try it sober.
Teenagers in Jefferson City who show up buzzed to prom on Saturday won't make it inside the big dance.

The school plans to have cops at the door and submit all attendees to a breathalyzer. Those found to have been drinking will be turned away.

But before you go all Bart Simpson and start blaming Principal Skinner and his administrator cronies for the sobriety check, consider this: It was the students who came up with the idea.

As NBC affiliate KOMU reports the school's student council came up with the idea and voted unanimously in favor of the breathalyzers.

"Actually I think it's a good idea because I don't want kids coming to prom all drunk; I mean it's a nice event," said Kody Walker, a junior at Jefferson City High School.