Caitlin Ford Lost Her Finger — Then Got Back to Work 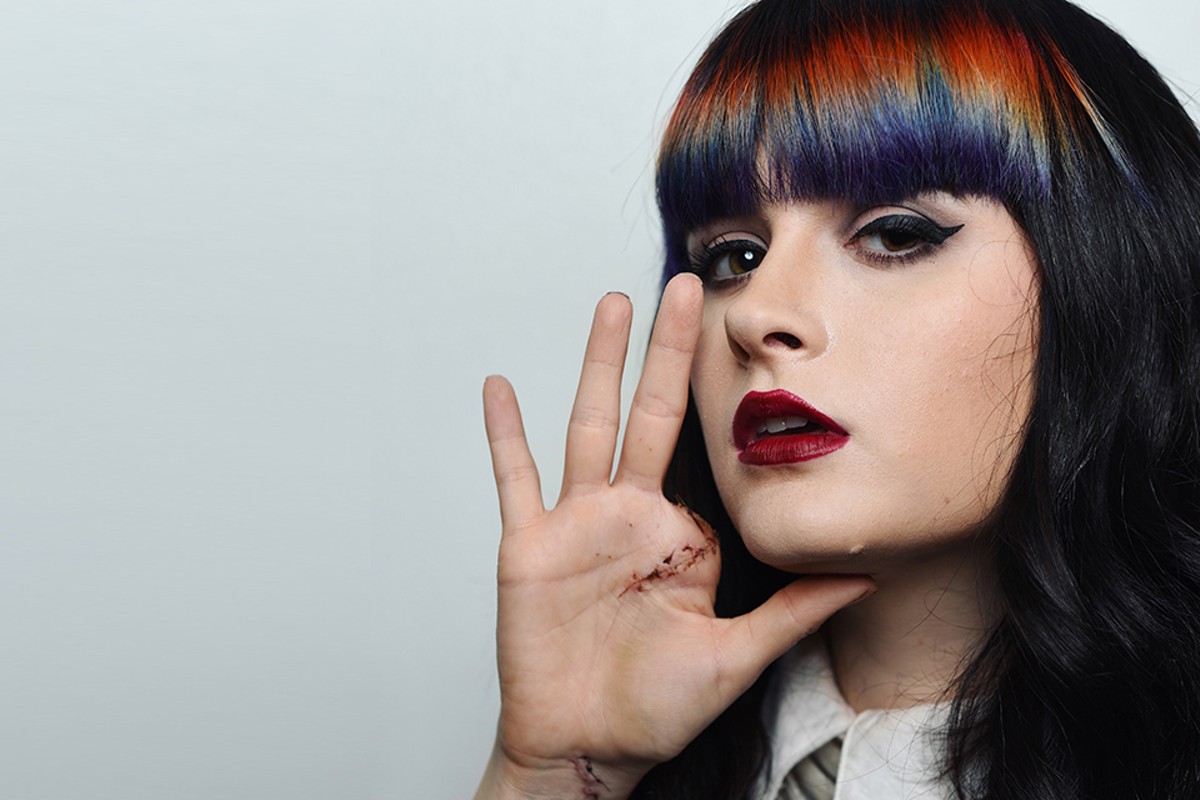 A table saw accident cost Caitlin Ford her finger but not her passion. CAITLIN FORD

When Caitlin Ford saw her hand without the index finger, a pool of blood surrounding it, her first thought was that it couldn't be happening. It had to be a nightmare.

Her next thought: Did I just destroy my entire career?

It all happened in a split second. She was building shelves with a table saw in her Northampton backyard, and then a stream of blood was shooting out of her right hand where her index finger was supposed to be. Trying to stop the stream of blood felt like putting a hand over a hose. She initially couldn't find her missing digit, lost somewhere in the grass. "Oh my god, oh my god," she cried.

"Kickback" is the word for what happens when wood that's being cut suddenly propels backward without warning at a high rate of speed. It is the most dangerous thing that can happen with a table saw. More than 40,000 Americans go to the emergency room for table saw injuries each year, according to the National Consumer League. Four thousand of those — more than ten daily — are amputations.

Ford knew this. She has loved carpentry for years.

The 29-year-old has jet black and rainbow hair, and she never leaves the house without bright red lipstick. She picked up the hobby from her parents when she was homeschooled as a child and found her love of styling hair around the same time. That has been her career for more than a decade.

Ford's husband, Bobby, was on a bike ride in Madison County on the day of the accident. Her neighbor heard her screams and came over to help. He called 911. Also a carpenter, he had seen this type of injury before. What he was not familiar with was using an iPhone. While gripping her disfigured hand to keep from bleeding to death, Ford gave her neighbor step-by-step instructions.

After far too many rings, Bobby answered.

"I need you to come home right now," Ford recalls telling him.

"I was shocked," Bobby says today. "I didn't want to believe what she was saying. I just remember pedaling as fast as I could. Fueled by expletives and anxiety, I covered eight miles in under twenty minutes."

The paramedics arrived first. They asked if she was feeling lightheaded; up until that point, she says, she wasn't. But then a paramedic gagged at the sight of her hand. She panicked.

"I was getting the tunnel vision, I started seeing spots, it sounded like somebody was turning the volume down on life," Ford says. "I said, 'I think that I'm going to pass out. I think that is the point where we're at right now.'"

Ford was rushed into surgery, where surgeons worked to reattach her finger. It was a success. She was told she would soon be fitted for a splint, and then sent home for recovery.

The road looked bright, so her husband posted her progress on Instagram. She woke up to more than 500 notifications. Her original inspiration as a hairstylist, Rebecca Taylor, started a GoFundMe to help pay for medical costs. Ford started thinking about how soon she could get back into the salon.

But something went wrong. During the fitting for a splint, in an instant, the pulse of her finger flat-lined, and she was rushed into surgery again. The doctors found a blood clot and had to remove grafts from the veins in her wrist to fix it. When she woke up, she was given a choice: More surgeries, with no promise that her finger would work normally again, or amputate. She chose to go on without her finger.

Ford's doctors said that if you have to lose a finger, the index finger is the one. Since the middle finger seems to follow the index wherever it goes, it can be trained to be a replacement with the help of strength training.

Once again, Ford found herself thinking about the salon.

"The question of if I'm gonna do hair or not wasn't a question anymore. I was definitely going to do it," she says. "I don't think not doing hair was ever something that I would have seriously considered. Even if somebody were to say to me, 'You're never going to do this again,' I'd be like, 'Yeah, we'll see about that.'"

Ford's object of choice for physical therapy was, not surprisingly, a pair of scissors. She was immediately surprised at how easy they were to hold.

Two weeks after her amputation, her good friend and mentor Kristina Cheeseman called to ask if Ford wanted to help do some color on a hair model to get her mind off of the accident. Ford showed up at the salon the next day. Cheeseman did one half of the head, Ford did the other.

"I just really remember that day trying not to even focus on it," Cheeseman says. "Just trying to get her mind away from that, because I think sometimes we like focusing on things that don't matter. We need to focus on the big picture, and the big picture is doing hair and we're doing something together. Let's not focus on our limitations, and let's create something with no pressure."

Easing back into work, Ford was slower at first. She needed patience from both her colleagues and her clients.

Still, says Cheeseman, "When all was said and done, the color looked really good. And she finished her half before I did."

Ford spent a lot of time blaming herself for her accident. At first, she was convinced everyone would think she is an idiot. The year 2018 had been the best of her career yet. She was featured among Modern Salon's Top 100 stylists. She opened her first studio. She won a "Behind the Chair" award. Then it all crumbled. She had trouble sleeping the first weeks home. She'd wake up with nightmares that the table saw had taken her whole hand.

"One night, I remember feeling her get out of bed, and I listened to her walk downstairs and into the basement," Bobby says. "I think she just needed to sort of face the machine and survey the aftermath. She was fearful that she'd never be able to do what she loves again."

Ford's studio is a small space at 4131 Manchester Avenue in the Grove. She calls it the Rainbow Room. The curtains, striped with primary colors, perfectly match the color of her hair. Rainbow art is in all corners. Folk music plays softly in the background.

And she also means to get back to carpentry, eventually. Weeks after her last surgery, her father came to town to finish the shelves she never got to build. Ford spent the day watching him and handing him wood, wishing for the day she could take his place again. The shelves they made from that day are now mounted on the back wall of her studio, reflected back into the giant salon-style mirror she faces every day when doing hair.

"I never expected to be in such awe of her," Bobby says. "She's been able to channel this trauma into courage."