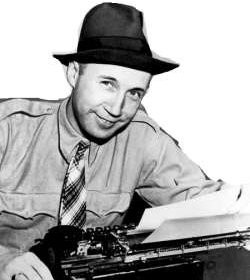 The Futures Game is always one of the most exciting events of the season, for me at least. It's certainly more interesting to me than the home run derby or the pathetic farce the All-Star Game itself has degenerated into. (I'm sorry, but I refuse to say anything nice about the game so long as baseball continues to base home field advantage for its championship on an exhibition played in July.) You get to see all the players who are usually just names in a minor league box score; unless you happen to live near a minor league park, it's probably the only chance you'll get until they show up in the big leagues.
The Cards had two participants in the game this year, and yes, they were the two players you would expect to be there. Shelby Miller and Carlos Martinez, the club's two top prospects, both appeared, playing for the U.S. and World teams, respectively.
Matt Moore, the lefthanded pitcher who currently sits atop the Tampa Bay Rays minor league system, stole the show this year with a dominant inning in which he hit triple digits on the ESPN gun and 98 in the stadium, showcasing the stuff that has made him one of the top pitching prospects in all of baseball. Besides Moore, though, one of the Cards' prospects has been generating the most buzz since his appearance. Which one might surprise you, though.
Shelby Miller looked, quite honestly, a little pedestrian. I've seen him better, and I've only gotten to see him pitch in person once. Scouts I'm sure see him better pretty much every time he takes the mound. He tweeted after the game he felt, "Stiff as a board," and that jibed pretty well with how he looked. He did a nice job of keeping the ball down, but missed to the third base side quite a bit. That's generally indicative of a pitcher (a righty, anyway), who is either flying open with his front shoulder or just not finishing through his pitches well. Given he had only one inning to do whatever he was going to do, it isn't exactly shocking Shelby didn't look great. As a Cardinal fan who watched Matt Morris start pitching in the second inning for years, it's easy for me to believe Shelby may have just needed a little longer to get loosened up.
Martinez, on the other hand, has been receiving rave reviews from just about everyone since his own inning, in which he struck out the first hitter he faced with a chest-high heater at 98, hit a Reds prospect with a pitch (gains him a couple points in my book, if no one else's), and induced a double play with a wicked cutting fastball.
Ben Badler of Baseball America called Martinez's fastball the best of any pitcher in the game, putting it even above Moore's own 98 mph offering. Quote:

"More than pure velocity, Martinez's fastball had incredible life and heavy sink even in the mid-90s, which helped end his inning by getting Red Sox third baseman Will Middlebrooks to ground into a double play."

Keith Law of ESPN also put Carlos right at the top of his list:

"Most impressive in that group were left-hander Matt Moore (Tampa Bay) and right-hander Carlos Martinez (St. Louis). Moore was 94-98 with a very sharp slider at 86-87 with late, hard tilt and a solid-average changeup at 86, and he showed a loose arm and an easy delivery that he repeated well over the course of his inning. Martinez was just as easy and loose, working at 96-98 but having his fastball play up because it got in on hitters so quickly. He threw a hard slurve at 80-82 with very sharp two-plane break -- it's a curveball but has more tilt than most curves do as he gets a little on the side of it, but the result is just an evil pitch. He could turn over a changeup as well. Martinez didn't command the ball as well as Moore did but was just as aggressive."

I have to step in briefly and agree with Law on Martinez's breaking ball. He only threw a couple, and the pitch he hit Devin Mesoraco with was a curve that spun out of his hand, but there was at least one breaker in the bunch I would slap a 70 grade on and call it good.
And Frankie Pilliere, superscout, summed it all up in two sentences:

"The framework for a front end starter doesn't get much better than this with two plus pitches already in place. Right now, he just needs innings and experience."

High praise from three separate national authorities, not to mention the drooling adoration of countless baseball fans who happened to catch the Dominican kid with the golden arm and started looking at their own team's roster, trying to figure out what the Cardinals might be interested in at the trade deadline. No, San Diego, we still don't want Heath Bell nearly that badly.
It appears Carlos is well on his way. Let's all hope his Futures Game performance is just the springboard to bigger and better things.