Cardinals Showing Signs of Life -- Is It Too Late? 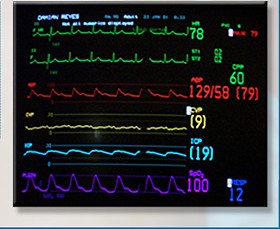 The Cardinals beat the Milwaukee Brewers last night by the score of 8-3, making it two victories in a row for the Redbirds against the team they're chasing for the NL Central lead. Even more impressively, the Cards have taken the first two games of a three game set from the Brew Crew in Miller Park, where the Brewers have been virtually unbeatable this season.
The last two games have been extremely encouraging in that we've finally seen this team take care of business when and how they needed to, rather than folding in big situations and just hanging around contention the way they have the rest of the season. These last two games have been rather discouraging, however, in that if this team had just played this kind of quality baseball over the past month against second-division teams like the Astros and Pirates and Dodgers (oh my), we would be talking about a close race down the stretch, rather than citing the biggest comebacks in baseball history and wondering if this team has a miracle in them.
For all the good two games do -- and they most definitely do help -- it may still just be too little, too late.
Counting Thursday's game, the Cards have four games left against the Brewers this season, and 26 games total. I know, I know, I couldn't believe there were that few games left when I looked it up either. Unfortunately, them's the facts.
The Brewers have played one more game than the Cards, leaving them with 25 games, including the same four against the Redbirds. Giving the Brewers a 13-12 record the rest of the way, just one game above .500, would put their final season record at 94-68. In order to catch them, the Cards would have to go 22-4 the rest of the way. That's not particularly encouraging.
But wait, you say, what about the head-to-head matchups? That surely helps the Cards' chances! Well, okay, it sort of does, but not as much as you might hope. Still, for the sake of argument, let's say the Cardinals manage to sweep all four of their remaining contests against Milwaukee. It could happen. After all, we've watched two games in a row where the Cards looked like the clearly superior team.
So say the Cardinals take all four of those games, and Milwaukee just about breaks even in the rest of their games, going the same one game over .500 we used before. That would put them at 11-14, finishing up the season at 92-70. Even with the four free victories we're already giving the Cards, they would have to go 16-6 just to tie. Now I will admit that 16-6 looks a whole lot more doable than 22-4 overall; beating the Brewers in the head-to-head matchups left is quite possibly the only hope the Cards have left.
Even so, it's still an almost insurmountable lead the Brewers have at this point in the season. That 20-6 the Redbirds would need to go to tie if they won every remaining game against Milwaukee is still a full four games better than the Cards' best month this season. They went 16-10 in April, good for a .615 winning percentage, and 17-12 in May for a .586. They followed that up with a losing record in June, exactly .500 ball in July, and an August one game over the break even mark. To expect this team to play .770 ball over the last month of the season, when they've posted only one month with a winning record since the summer began (and only one game at that), just isn't very realistic.
Unfortunately for the Cardinals -- and those of us who follow the team -- I just don't see much of a chance for them to catch the Brewers. The Wild Card is no better; the Atlanta Braves have the exact same record as Milwaukee. Making up appreciable ground this late in the season is just too hard. Maybe if the Cards had put together a run against the bottom of the league when they had the chance things would have been different. But as it stands now, barring an historic end to the season, I see this team going on a nice little run of winning over the next week or so, and having it not mean a thing.