Cardinals Stuck in Routine: Rehire McGwire and Duncan for 2011

Will leftover buns score runs next season? Ehh.
Meet the new bosses, same as the old bosses.
So it shall be in the Cardinal clubhouse again in 2011, as the club has agreed on contracts with pretty much the entire coaching staff, including Dave Duncan and Mark McGwire, the only two anyone really cares that much about, I'm sure. (No offense to Joe Pettini or Jose Oquendo, but I still don't know what a bench coach does, and I'm willing to bet you could build a crude mechanical swinging arm that would get approximately the same percentage of runners thrown out at home that the Secret Weapon does.) The contracts are all one year deals, pretty standard, with the exception of Duncan's, which is for two years with an option for 2013.
All right, so let's see. We've got a team which badly underperformed this past season, both in relation to the perceived talent level of the squad and their actual run differential, an offense based on four good players and four awful ones, the same utility players getting plate appearances year after year after year, and the bullpen coach is the only member of the staff who won't be retained? Huh.
Clearly, things are damned near ideal here, and the leadership of this team must -- must, I say! -- be retained.

I know I may be the only person in this town who isn't convinced Dave Duncan can turn water into wine, but there it is: I think most of what is so great about Dave Duncan is smoke and mirrors. You want to know why pitchers are successful when they come to town and follow the Duncan philosophy? Infield defense.
For most of this past decade the Cardinals have had excellent defense on the infield, and that defense has turned a whole lot of ground balls into outs. Without that defense, Duncan's Way wouldn't work. It's just that simple. Put the 2002-2004 versions of Edgar Renteria and Scott Rolen in the field and tell the pitcher, "Keep the ball down." That's the same advice my coach gave me in Little League, and the same advice my coach gave me in high school. If you're a pitcher, you've probably been told to keep the ball down roughly two to three million times in your life. The secret is having top-quality glovework behind the pitcher.
click to enlarge 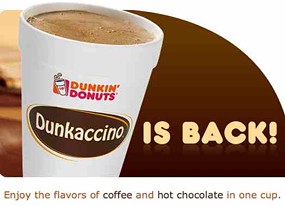 I don't know if there are any bullpen coaches out there with names like Pacino or Bellacino or something, but tell me it wouldn't be awesome if we could find one. Just think of how often I could use this picture!
​So yeah, I happen to think Dave Duncan is largely overrated and kind of a one-size-fits-all coach, which I'm not a big fan of. Still, you could certainly do worse, and the pitchers themselves seem to believe in his message, which is a big part of the battle.
On the other hand, as Dan Moore points out today at Viva El Birdos, the Dave Duncan Narrative seems to paint Duncan himself as infallible, while the pitchers doing the actual on-field performing take all the blame when things go poorly. When things are going well, Duncan's a genius. When a guy pitches badly, he's clearly not listening to Duncan. I would like to call bullshit on that and ask why we never question whether or not Duncan's gameplan is the right gameplan at all, but I doubt anyone would listen to me.
Mark McGwire, on the other hand, I want to believe in. I really do. When he took over the hitting coach duties I read the things he said about the team's plate approach and I salivated. He talked about patience, he talked about discipline, he talked about working the count and walking. It was glorious. While plenty of people scoffed at the idea of a lifetime .260-something hitter teaching anyone anything, I railed at their ignorance of what actually creates offensive value. I was convinced Big Mac was going to ride into town on a huge, veiny, red-haired horse and turn the Cardinal lineup into a lean, mean, walktaking (and dingersmacking), mo-sheen.
Well, then the season started, and the Cardinals didn't really do so hot. They struggled for long periods to score runs. The overall plate approach still mostly sucked. Skip Schumaker and Brendan Ryan both fell off very large cliffs. Colby Rasmus looked like a prime-years Jim Edmonds for the first month of the season, refusing to swing at anything he couldn't hammer, then slumped badly and called his dad and struck out a bunch and got his eyes checked and mumbled something about being, "DangoletiredofTonyjerkingmearoundman." In short, the message we heard from McGwire before the season didn't really translate all that well to success on the field.
Of course, in fairness to Mac, a lot of that had to do with injuries. David Freese looked very good before his ankles exploded one day while he was watching television, and Ryan Ludwick was a beast before his chronically brokedown body went and broke down on him again. (Oh, and then he got traded, but I'm totally not opening that can of worms again.) If the Cards had had their actual team on the field a little more in 2010 the results might very well have looked different.
I'm perfectly happy to give McGwire another year to try and sell his message. Unlike the rest of the coaching staff, we don't quite know what we've got with Mac just yet. He talked a good game, but the implementation didn't quite seem to be there. Perhaps another season to try and put his philosophies in place is just what the doctor ordered. Or, perhaps the Cards will underperform again in 2011, and we'll see the club look to go another way.
What I keep coming back to, though is that old saw about the definition of insanity. You know, doing the same thing over and over and expecting different results? It seems to me some fresh ideas, and some different perspectives on things, just might be what the Cardinals need right now.
Or, maybe I shouldn't lay blame at the feet of the coaches, since I always preach they shouldn't get as much credit as they do when players perform well. Tough to say, really. Either way, I'll definitely have plenty of time to figure it out next season while we're watching the same leadership group we've watched for the last decade and a half.
I will say this: I hope the Cardinals have a good candidate in mind for the bullpen coach position. Bullpen coach as a general rule seems like a remarkably low-impact position, but in this case we know Marty Mason had far more responsibility than just dealing with relievers. Dave Duncan is good with game planning, but virtually clueless when it comes to mechanics and the like. Mason was the guy who helped the pitchers iron out their deliveries and things like that when something got out of whack. Hopefully the club keeps that in mind when making the hire.
At the very least, I suppose we can be happy the maintenance guy at Busch Stadium won't have to pry any name plaques off of doors. He can just polish the same old names that have been up there forever and see if he can make 'em shine like new.