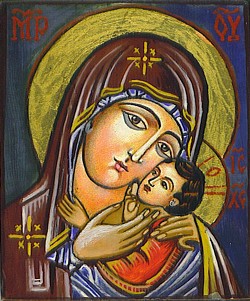 As we revealed, attorneys for the St. Louis archdiocese sought and received the recusal of a gay judge who was to hear an appeal involving its lawsuit against St. Stan's. To us, such a move was newsworthy, considering A) It's never been reported, and B) Missouri Supreme Court rules prohibit bias in regards to sexual orientation in the courtroom.

Here, though, is how St. Louis Catholic, saw it:

The Riverfront Times (on its blog) has now put its nose into matters touching the natural moral law. Historically, its experience in this area consisted largely of running ads for strip clubs and publishing dicey "massage" ads in its classified section. Now, it has decided to branch out and preach to the Catholic Church.

About what? The truth that homosexual acts are gravely contrary to the moral law. Why? To try to bolster Mr. Bozek's legal case.

The blogger also takes issue with the headline of our story: Attorneys for Archdiocese Demanded Recusal of Gay Judge, Records Show.

Because the archdiocese requested its recusal of Judge Lawrence Mooney based on a letter he sent Archbishop Raymond Burke in which he wrote that he would be unable to attend a special mass because of the church's "chronic abuse of gays and lesbians," the blogger argued that our headline should have read:

Judge Who Had Written to the Archbishop that the Teaching of the Catholic Church on Homosexuality Constituted "Chronic Abuse of Gays and Lesbians" Recused Himself from Appeal Involving the Archdiocese, Records Show

Rolls off the tongue, doesn't it?.

Here, though, is what is most galling about the St. Louis Catholic's account of the RFT article. It omits the fact that, between the time that Mooney sent his letter to Burke and the time he was appointed to hear the St. Stan's appeal, Mooney sat in on two other appeals involving the archdiocese. In those cases, the archdiocese never asked for him to recuse himself. And, in fact, Mooney and his colleagues ruled in favor of the archdiocese in those appeals.

So, yes, it is curious that the archdiocese and its attorneys would wait until the St. Stan's appeal to unearth the private correspondence between Mooney and Burke and use it as reason to ask for his recusal. Even weirder, is that despite Mooney's sexual orientation, they believe he's more competent to hear a case about sexual abuse than the one involving St. Stanislaus which, at its core, is a debate over money.