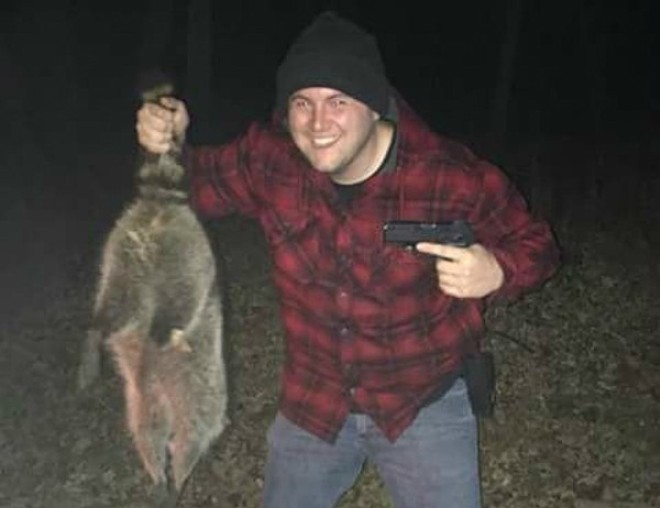 FACEBOOK
Dustin Lockwood.
An Arnold man who was arrested outside a St. Louis area high school with guns, explosive materials and a homemade silencer has been indicted in federal court.

Lockwood was sitting in his Toyota Corolla in the parking lot of Fox High School around 4 p.m. on February 20 when a teacher spotted a rifle case in the passenger seat and called police. Arnold police officers responded along with federal agents from the Bureau of Alcohol, Tobacco, Firearms and Explosives.

It was less than a week after the shooting at a high school in Parkland, Florida, that left seventeen dead, and authorities were on high alert. The school district canceled all evening activities and closed buildings following the incident.

Lockwood indicated that he was at the school to pick up his sister.

Lockwood's Facebook page shows him shooting and posing with handguns. In his profile picture, he has a pistol in his left hand and what appears to be a dead raccoon in his right.