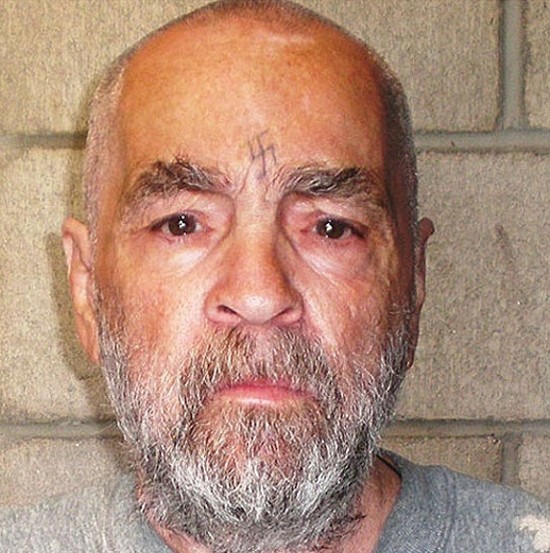 America's most infamous mass murderer Charles Manson and his wife-to-be, who grew up 40 miles north of St. Louis, missed their chance to get married this weekend. Their marriage license expires Thursday, but Corcoran State Prison, where 80-year-old Manson is serving a life sentence, doesn't allow inmate weddings on weekdays.

"A Manson wedding did not take place," a spokeswoman with the California Department of Corrections and Rehabilitation told the Los Angeles Times.

Post by Charles Manson (Official).
Manson's fiancee Afton Elaine Burton grew up near St. Louis in Bunker Hill, Illinois, where her family still lives. The 27-year-old Susan Atkins look-alike now goes by Star, the name Manson gave her, and lives near the prison so she can visit and work on Manson's case.

Star sometimes makes videos touting Manson's innocence, like this one:

The couple got a marriage license in November, giving them until Thursday to officially tie the knot in the inmate visiting room of the prison before no more than ten non-inmate guests. Without a ceremony, the couple will have to apply for another license.

Manson and Star haven't publicly explained the delay in their nuptials. The LA Times reports that Star told her acquaintance James McGrath, a New York City photo agency editor, that she plans to apply for another license.

"Y'all can know that it's true. It's going to happen," Burton told the AP after applying for the license in November. "I love him. I'm with him."

But when Rolling Stone announced the couple's engagement in 2013, Manson didn't seem ready to take on a new ball and chain.

"Oh, that," he told Rolling Stone about the wedding. "That's a bunch of garbage. You know that, man. That's trash. We're just playing that for public consumption."

Star brushed aside Manson's comments. "None of that is true," she told the AP.

Manson is convicted of the murders of seven people, including pregnant actress Sharon Tate, wife of director Roman Polanski. He has been in prison since 1971 and will be 92-years-old at his next parole hearing in 2027.