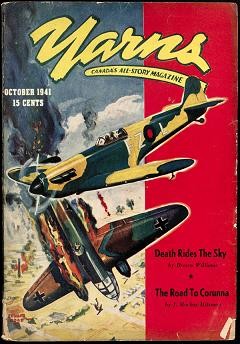 Who's spinning yarns when it comes to St. Louis' Aerotropolis? Business and political leaders or the industry experts?
The story appearing Saturday in China Daily sounded promising for St. Louis and its quest to transform Lambert St. Louis International Airport into a major cargo hub with China.

"St. Louis set to be major air trade hub," read the headline in China's state-funded English-language paper. And the lede paragraph sounded even more promising: "The first China-St. Louis cargo air route poised to be a key trade hub in the US' Midwest will take flight in September, sources involved in the project have recently told China Daily."

Wow! Had Chinese officials confirmed to China Daily the news that St. Louis politicians and business leaders so desperately want to hear? Has the Chinese government officially agreed to make St. Louis its main shipping channel into the Midwest?

Reading the rest of the article it becomes clear that China Daily's "sources" are St. Louis officials telling the paper what they hope to hear from the Chinese.

Jones, for example, says he's optimistic the "final piece of legislation" will be approved soon for the project, also known as St. Louis Aerotropolis. But in truth, it's less and less certain that lawmakers will provide the $360 million in public financing for the project this summer after failing to do so during the regular session.

Meanwhile, St. Louis' plan for a China hub last week gained another key detractor, this one the person who wrote the book on subject. Greg Lindsay, author of the book Aerotropolis: The Way We'll Live Next, shot down St. Louis' plans last week on Twitter.

"Well, nobody asked me, but as the guy who wrote the book on the subject, I don't think it will work there," Lindsay tweeted on Wednesday.

As Lindsay later told the Post-Dispatch, he thinks China may use St. Louis until the subsidies run out. Then they'll return to shipping to bigger air cargo hubs, such as Chicago and Dallas.

Michael Webber, an air-cargo analyst, made similar arguments to Daily RFT earlier this month, which were met with sharp criticism from supporters of the cargo hub.

So the box score from the past few weeks: Two industry experts pan St. Louis' aerotropolis, while China Daily parrots the dreams and hopes of St. Louis leaders. Which source do you believe?
-----
For more St. Louis news and gossip, follow me on Twitter @chadgarrison or Facebook at Daily RFT.