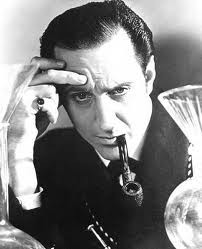 Premium tobacco retailers pipe up against the smoking ban.
Former councilwoman Barbara Fraser made a cameo at the St. Louis County Council meeting Tuesday to urge her former colleagues to do away with exemptions to the county's smoking ban.

Fraser, who now serves as chairwoman for Tobacco Free St. Louis, said that exemptions granted to 153 businesses since the ban went into effect in January do little to protect the health and welfare of the community as intended.

"I implore you to remove the exemptions," the Post-Dispatch quotes Fraser as saying. "Why? Because secondhand smoke causes cancer, heart disease and serious lung ailments."

"Ending exemptions would be devastating to our businesses," says McCalla, who fears that the council may act on Fraser's request without warning.

McCalla says that nearly all smoking bans throughout the U.S. allow cigar and pipe shops to continue to allow smoking. He hopes the same rings true in St. Louis County no matter what happens.

"Ideally, we're in favor of any business that wants an exemption to get one," he says. "We're about inclusion. We don't want to make it harder for any other small business."

The IPCPR has about five members in St. Louis County and a few more scattered about the metro area. "We have to be vocal about this because these laws are almost always enacted without consideration of cigar and pipe shops," says McCalla.

Daily RFT was unable to reach Fraser with Tobacco Free St. Louis to ask her what exactly she meant by urging the council to do away with the exemptions. Currently casinos are also exempted from the ban.