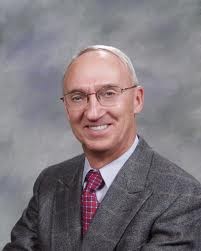 Rex Sinquefield may have been hoping to kickstart a discussion about whether the city's earnings tax is a good thing -- a discussion Mayor Francis Slay has indicated he's willing to have. But in the mean time, Sinquefield's efforts to destroy the tax have mostly helped feather the nests of a whole lot of political consultants and groups he almost certainly doesn't agree with.

That's our takeaway after looking at campaign finance reports from Citizens for a Stronger St. Louis, which convinced an overwhelming majority of voters to retain the one percent tax earlier this month.

That's just five days before the issue went to voters -- so while there's presumably a bit of spending (and potential winning bonuses) unaccounted for, it covers the bulk of the successful pro-tax campaign.

Sinquefield, a politically conservative retiree/philanthropist, had forced the earnings taxes in Kansas City and St. Louis to a vote by sponsoring a state ballot measure in November. But when Sinquefield failed to spend any money to push the repeal here, and a wide array of civic organizations and business groups lined up to oppose it, the task of convincing voters to retain the tax proved to be a bit of a cakewalk.

But that doesn't mean it wasn't a boon to consultants.

Among the political consultants and groups cashing in, the biggest winner was Gold Communications of Austin, Texas. As of March 31, that group, which specializes in progressive causes, was paid $181,274 for its efforts. Locally based Telephone Contact Inc. was paid $72,870, while Peter D. Hart Research (based in Washington, D.C. and boasting clients like EMILY's List, the Democratic Congressional Campaign Committee and U.S. senators Chuck Schumer and Barbara Mikulski) earned $26,000.

Public relations guru Richard Callow was paid $15,000 through March 31, reports show, through his firm Public Eye. Mary Ellen Ponder, a Slay staffer who took a leave of absence to work on the campaign, earned $12,987. Majority Strategies Inc., fronted by Democratic campaign consultant Matthew Lieberman, was paid $1,500, while the Missouri Democratic Party got $10,000 for sharing its voter database.

One of the few local pols earning big bucks for work on the campaign? State Representative Jamilah Nasheed, who recently survived an alleged death threat at a Lil Wayne concert. Nasheed, who's had the mayor's back on the issue of local control of the St. Louis police department, was paid $5,000 for "strategic campaign oversight."

Some civic groups made a bit of money, too. Metropolitan Congregations United -- an interfaith group of churches based in the city -- made $13,500 for "issue outreach." Jobs with Justice, the locally based activist group, made $10,000 for the same thing, while the Sierra Club's Missouri chapter made do with $2,000.

The measure was approved by 88 percent of those voters who turned out on April 5 -- roughly 34,320 voters. There will be one more final report showing the campaign's ultimate accounting, which should be filed by May 6.

So far, Citizens for a Stronger St. Louis spent roughly $12.15 per vote, although that dollar figure could increase with the May filing.