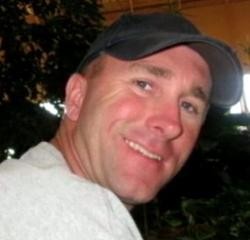 Clay Waller sent threats to sister-in-law, according to feds.
The Jackson, Missouri, man authorities have named as the "person of interest" in his wife's disappearance was charged Friday with threatening his wife's sister online.

Clay Waller is charged with "making a threat on an interstate communications device" for allegedly threatening to kill Cheryl Brenneke on the web forum Topix. Brenneke has custody of Waller's five-year-old triplets.

Brenneke tells the Southeast Missourian that she alerted authorities when someone on Topix wrote something like: "If you hurt those kids, I'll kill you. I don't care if it gets me 15 to 20 years."

Brenneke says the FBI traced the threat back to Waller. Waller's wife, Jacque Sue Waller, has been missing since June 1. The couple was separated and Jacque was filing for a divorce when she went missing. Waller, the last person to see her, told authorities that they got into an argument that day and Jacque stormed off on foot.

Until Jacque (or her body) shows up, law enforcement has been unable to charge anyone with her disappearance. But that hasn't stopped authorities from filing other charges against Waller. In July he was charged with theft and harassment, stemming from a complaint surrounding his construction business.