Authorities hope to keep Waller in custody until they can charge him with murder.
The Missouri man who prosecutors suspect killed his wife and disposed of the body this past summer pleaded guilty yesterday to threatening to kill his wife's sister.

Clay Waller made the plea in federal court in Cape Girardeau, admitting that he threatened Cheryl Brenneke on the online forum Topix. Brenneke has had custody of Waller's five-year-old triplets after her sister, Jacque Sue Waller, went missing on June 1. Jacque was preparing to file for divorce, and Clay Waller was the last person to see her prior to her disappearance.

Waller could get five years in prison when sentenced for the Internet threats on December 19. Until then, prosecutors hope to keep him in solitary confinement. He's being held without bail. 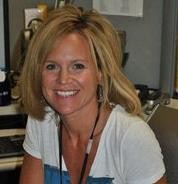 Jacque Sue Waller disappeared June 1.
Yesterday, Waller's court-appointed attorney told KFVS that the isolation is beginning to take a toll on his client. Meanwhile, state prosecutors hope to file murder charges against Waller sometime in the next few months. Key to filing those charges, however, is getting a video deposition from Waller's father. Authorities say Waller admitted to his father that he snapped his wife's neck and buried her in a grave he dug prior to the murder. The elder Waller lives in a nursing home and is too frail to attend court.

Saturday marked the four-month anniversary of Jacque's disappearance. Family and friends continue to comb the woods and fields of southeastern Missouri in hopes of finding her body.