Colby Decides to Go For a Walk

It's funny the sorts of things a 10-1 pasting of a hated division rival can cover up. I'm sure no one really remembers yesterday's ugliness now; the Cardinals are an offensive machine again. More importantly, the fact Colby Rasmus hadn't taken a walk since the Bush administration is probably largely lost to the sands of time now. Bronson Arroyo has a certain way about him of making everything seem alright, as long as you're an opposing hitter.
But make no mistake, Colby's walkless streak is perhaps the single oddest thing we've seen this entire year, even if it hasn't much seemed like it. Is it really that bizarre, I can hear you asking, to see a rookie struggle with plate discipline? Well, to be honest, no. However, when you look at the bulk of Rasmus' career, it's much stranger to see him stop walking than you might think. 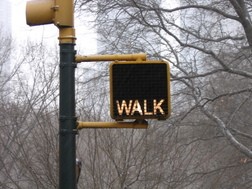 Of course, when you look at the Cardinals as a whole, Colby's unwillingness to take a walk seems a bit more understandable, as the plate approach of this team is just brutal in general, but one still has to wonder why it seemed to hit Rasmus especially hard.
Back on the 29th of April, I wrote about the Cards' poor plate approach over at Viva El Birdos. Of course, at the time, I was only referring to the night before, when the Cards' hitters were unceremoniously shut down by the Braves' Jo Jo Reyes. However, I also found Tony La Russa's postgame comments to be a little worrisome.

"I didn't think we were as aggressive as we usually are on pitches that we had to hit. So you sit around on a one-run lead and put yourself in a position for that to happen. We didn't look like quite ourselves for whatever reason."

When I read those comments, I have to admit to being more than a little worried; if La Russa thought the problem with the Cardinals' plate approach was a lack of aggression, he was badly mistaken. At that time, the Cards' were sitting atop the NL Central, with a record of 14-7. They were leading the National League in nearly every offensive category. Oh, what fools we were, to take those glorious days for granted.
At the time I wrote that, Colby Rasmus was sporting a triple slash line of .278/.381/.333, good for an OPS of .714. The power we had all heard of hadn't really shown up yet, but it was clear this was a young man who was going to make a real impact. He wasn't overmatched by major league pitching, and he was getting on base at an excellent clip. In short, Colby was looking like roughly the same player he had been throughout the minors; as he became more comfortable, the ability to hit for power would become more apparent.
But that's when things start to get weird.
Colby walked once on the last day of April, in a game the Cardinals won 9-4 over the Washington Nationals. In 70 total plate appearances in April, Colby drew 9 walks. In May, Colby came to the plate 93 times, and walked only thrice. In June, he amassed 85 plate appearances, and didn't draw a single walk.
In the minor leagues, Colby Rasmus continually posted solid walk rates. In 2006, his first full season in professional ball, Rasmus played at Low A Quad Cities, walking in 8.6% of his plate appearances. He was moved up to High A Palm Beach at midseason, and his discipline improved, as he walked in 12% of his PAs. In 2007, he played at Springfield and had his best pro season to date, as he knocked around Texas League pitching to the tune of a .930 OPS. His walk rate - 12.6%. Even in 2008, when Rasmus spent the year at Triple A Memphis and dealt with injury and disappointment in what some considered a lost season, Colby managed to take a free pass 12.7% of the time.
So what we have is a picture of a hitter who had extremely stable walk rates through most of his minor league career. Given the track record, and the fact plate discipline is one of the skills that translates best to the major leagues, one would expect Colby to be walking somewhere in the range of 12% of his PAs.
His walk rate for the season is 4.9%.
But wait, there's more! In April, Colby's walk rate was - wait for it - 12.8%.
So in April, Colby was essentially the hitter we all expected him to be, albeit one feeling out major league pitching and not swinging all that aggressively. From the 29th of April, when I worried about La Russa advocating an overly aggressive approach at the plate, through today's game, Colby walked in exactly 2.4% of hit plate appearances.
I think Colby Rasmus may just be the most coachable player in the history of the game. The manager says be aggressive, stop taking so many pitches, and Colby executes that game plan better than any other player on the team.
The funny thing is, we actually saw something similar to this before, in spring training of 2008. That spring, Tony La Russa talked about the Cardinals' need for a leadoff hitter, and specifically spoke about putting the guy with the best on base percentage in that spot. We statheads all went crazy, rejoicing to hear such sensible talk from the manager. At the time, Rasmus was coming off his monster season in Double A, and there was some speculation he might actually have a shot at the big club. If so, the line of thinking went, the best chance he ha was to fill that leadoff role.
Colby apparently took that talk to heart. He hit in the leadoff spot for most of the spring, and drew walks at a remarkable pace. When he was assigned to minor league camp on the 17th of March, Rasmus was hitting .273/.467/.515, for an OPS of .982. Just look at that OBP number for a second. How often do you see a player get on base nearly half the time? I don't care if those are spring training numbers or not; that's just absurd. I'm thinking that maybe Rasmus is half robot, and all you have to do is put in a program of what you want him to do, and he'll do it. Tell him to be aggressive, and he doesn't walk in June. Tell him OBP is the most important thing, and he'll get on base like Albert Pujols.
Of course, after he was sent down, Colby struggled, got discouraged, struggled some more, started to heat up, then got hurt, and the whispers of him busting began.
So what does this all mean? Hell, I don't know. Did Colby stop walking because the manager said he wanted everyone to be aggressive, or was it the normal struggles of a rookie to adjust to major league pitching? Probably a little bit of both, to be honest. Either way, let's all hope it isn't another month before we see Colby Rasmus take a walk.