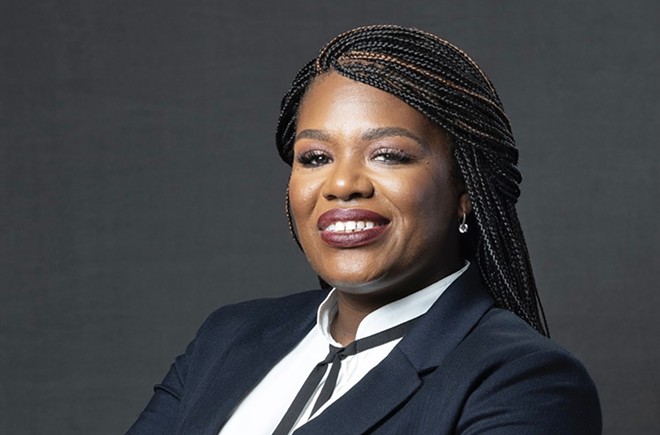 I believe the Republican members of Congress who have incited this domestic terror attack through their attempts to overturn the election must face consequences. They have broken their sacred Oath of Office.

I will be introducing a resolution calling for their expulsion. pic.twitter.com/JMTlQ4IfnR


Hundreds of pro-Trump rioters stormed the Capitol today as Congress gathered to count the electoral votes. The process of signing off on the presidential election results is usually pro forma, but some Congress members, such as Missouri Sen. Josh Hawley, had promised to object. Emboldened by their example and the soon-to-be-ex president's unhinged claims that the election was "stolen," the insurgents overwhelmed Capitol Police officers as members of Congress, including Bush, were rushed to safety. One woman who was reportedly shot by law enforcement has died, according to media reports.

Bush, who was newly appointed to the House Committee on Oversight and Reform, was still sheltering in place when she released details of her intentions and the draft of her resolution.

From her press release:


“The Republican members of Congress who have incited today’s domestic terror attack at the United States Capitol must be held accountable for violating their Oath of Office. I am prepared to do whatever it takes to defend our democracy. That’s why, as my first legislative action, I will be introducing a resolution to call for their expulsion from the House of Representatives under the Fourteenth Amendment. No person should be serving in Congress who is actively working to undermine the rights and freedoms of the American people as afforded to us by the Constitution.”

From the draft of her resolution:


“Directing the Committee on House Administration and the Committee on Ethics to investigate, and issue a report on, whether those Member of the House who have sought to overturn the 2020 Presidential election have violated their other of office to uphold the Constitution or the Rules of the House of Representatives, and should face sanction, including removal from the House of Representatives.”


It’s no surprise that Bush has shown grace under fire during this difficult and high-stress situation. In addition to being a registered nurse and pastor, Bush’s interest in politics was sparked when she volunteered as an organizer and triage nurse during the Ferguson uprising in 2014.

My team and I are safe. I am in disbelief. I can’t believe domestic terrorists are roaming around inside the Capitol.

I’m remembering being brutalized and treated like a domestic terrorist just for protesting to keep my people alive.


Now, less than seven years later, as a member of Congress, she drew comparisons to the violence faced by Ferguson protesters at the hands of police and the soft-touch response to the largely white insurrectionists who flooded into the nation's capitol this afternoon as police gave way.

In addition to calling for the expulsion of some GOP members of congress, as of this evening she's also "calling for the immediate impeachment of Donald Trump & his removal from office."

Bush tweeted of Trump and his Republican enablers, "Their actions must have consequences."