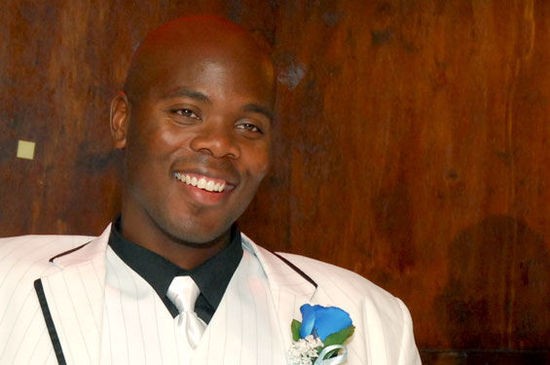 Update 6:30 p.m.: St. Louis Circuit Attorney Jennifer Joyce disputes the claim of a discrepancy in the clothing description provided by the victim and what Anderson was wearing. Scroll to the bottom of this post for her full statement.

Cornealious "Mike" Anderson III, the man the state of Missouri forgot to incarcerate for thirteen years, then received credit for time served and was allowed to return home back in May, was arrested over the weekend.

According to charging documents from the St. Louis Circuit Attorney's office, St. Louis police officers arrested Anderson at about 1 a.m. Sunday. He has been charged with second-degree robbery for snatching a purse.

Michael Anderson II, Mike's dad, tells Daily RFT that his 37-year-old son had just left a party thrown by his employer wife when he was stopped by police.

"He didn't do it," says the elder Anderson. "He was with 40 other people the entire evening."

See also: VIDEO: Mike Anderson Surprises His Kids at Home, Talks About Prison and the Future

Anderson's plight went viral after Riverfront Times broke the story of his bizarre case back in September 2013. After being convicted of robbery and armed criminal action as a 22-year-old in 2000, Anderson was never arrested due to a clerical error at the Missouri Department of Corrections. He lived a normal life for the ensuing thirteen years, got married and started a contracting business. Read the entire saga here.

Here's what occurred in the wee hours of Sunday morning, according to the account given by Officer Stephen Ogunjobi in court documents:

While on patrol in the area of 4th Street and Gratiot, I heard a description matching the Defendant, over the radio regarding a "purse snatching." A few minutes later, I observed the Defendant, on 4th Street walking north, who matched the description. After approaching the Defendant, I identified myself as a police officer, informed him of the reason he was being detained, and conveyed him to the scene of the incident where he was positively identified by the victim and an eyewitness as the individual who snatched the victim's purse from her shoulder. I was also informed that the Defendant dragged the victim while trying to take the purse from her.

The documents charge him with felony second-degree robbery. They also make a note of his 2000 conviction for first-degree robbery and armed criminal action in St. Charles County. 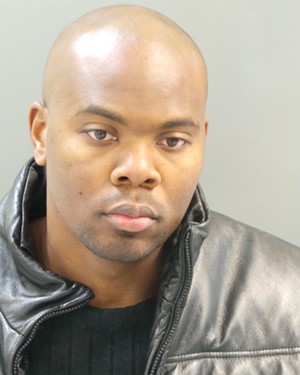 Patrick Megaro, the Florida-based attorney who successfully argued for Anderson's release from prison in May, says Anderson and his wife LaQonna were at a party thrown by Anderson's employer the entire night. He says Anderson left the venue around 1 a.m. to retrieve the couple's car. That's when he was approached by Officer Ogunjobi, brought back to the victim, identified and arrested. Anderson is currently still in jail after his attorneys argued successfully for a bail reduction. The amount went from $75,000 to $10,000 cash only. Megaro expects him out later today.

Megaro says that a description provided to the family by police of the suspect was a black male wearing a hoodie and Nike sneakers.

"Mike was wearing a leather jacket, no hood, trousers and light brown colored boots," says Megaro. "I don't know how they came to him, but here we are."

Megaro says Anderson did not have the purse, nor any of the victim's IDs or personal effects on him when he was arrested. Anderson Sr. tells Daily RFT that his son was carrying a couple hundred dollars in cash in his pocket.

"This is what makes the hair on the back of my neck go up. He's a well-known name in the area. The minute he's alone, he gets picked up by police walking down the street for purse snatching?" says Megaro. "He was with LaQonna and about 30 other people and people from work -- there's going to be a lot of people that will be able to provide some form of alibi. We're looking into possibly getting video surveillance of where he was at, too."

Both Megaro and Anderson Sr. believe Mike's previous conviction influenced the officer in making the arrest.

"I'm completely confident it'll be completely exonerated," says Megaro. "The past is never the past, and the reality is, when they run his name and they see this in his record, he'll never get the benefit of the doubt."

Update 6:30 p.m.: Daily RFT just received this statement from Circuit Attorney Joyce, in which she writes that Anderson was arrested minutes away from the crime scene, and that after the victim ID'd him on the street, she and the witness again picked him out in a subsequent line-up. She also writes that the victims never described the assailant as wearing Nike sneakers or a hoodie, but rather a jacket and boots like the ones Anderson was wearing:

While ordinarily, I would not speak beyond the Probable Cause statement, I am allowed, under the law, to respond to false and/or inaccurate statements made to the media to ensure the community has accurate information.

About 1 a.m. Sunday, police responded to a call for a purse snatching. An officer in the area who overheard the call, noticed a person matching the description of the suspect provided by the victim and an eyewitness. Within minutes of the robbery, the officer then approached the suspect matching the witnesses' descriptions and immediately escorted him back to the scene. The victim and another eyewitness both positively identified Cornealious Anderson as the suspect with certainty. Both witnesses had observed the defendant prior to the robbery. In addition, as in all criminal cases, a full lineup was conducted by police for witness identification purposes and Mr. Anderson was again identified as the perpetrator.

Arresting officers who responded to the call did not speak to Mr. Anderson's family at any time during the weekend or since. The witnesses described for police the jacket and the boots the robber was wearing. Upon Mr. Anderson's arrest, in addition to identifying his face, the victim and the eyewitness also identified his jacket and boots as those worn by the perpetrator. To our knowledge, the witnesses did not make mention of a hoodie and Nike sneakers, as Mr. Anderson's attorney claims. Based upon the facts, there is sufficient evidence at this time to charge Mr. Anderson with this robbery.

I cannot comment further as this is a pending criminal case. If anyone has additional information, they are encouraged to contact police immediately.

The investigation will continue and I ask the public for patience as the matter proceeds through the criminal justice system.

This is a developing story; we'll update as we learn more. Read the full probable cause statement below: