Thursday morning's hearing in Judge Robin Vannoy's courtroom was, in a word, dramatic.

Cornell McKay is facing ten to 30 years for an August 10, 2012 armed robbery. His lawyers argue that evidence collected in the robbery investigation clearly points to a different man, Keith Esters, currently serving 50 years for the murder of Megan Boken. Vannoy presided over McKays' trial in December 2013, and it was her word that prevented McKay's lawyers from presenting all their Esters-related evidence to the jury.

"I made certain decisions in that trial," said Vannoy during the hearing, moments after upholding McKay's conviction and denying his lawyers' motion to delay the sentencing date. "I stand by those decisions."

Vannoy also denied McKays' lawyers' motion to call Esters as a witness. Calls from the cell phone stolen in the August 10 robbery were made to Esters' girlfriend, and police eventually confirmed where and when Esters sold that phone. Last week, Esters strongly hinted to his involvement in the robbery during an interview with the Post-Dispatch.

"Tell you the truth, I can't say nothing that gonna benefit him because in the end it's gonna make me look bad," Esters told reporter Jennifer Mann in an interview.

During McKay's trial in December 2013, the jury did hear limited testimony from Esters' girlfriend. However, they didn't hear anything about Esters shooting Megan Boken on August 18, just blocks from the scene of the August 10 robbery. 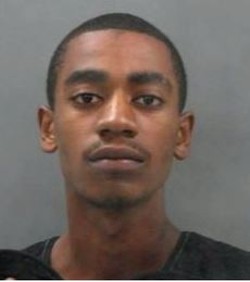 "The state insisted that all the pertinent evidence was raised in the initial trial, and it was not," says Thomas San Fillipo, one of McKay's attorneys. "The next step is to appeal to higher court. Hopefully they'll see the overwhelming evidence that Keith Esters committed the crime."

Yesterday's ruling was certainly rough for McKay. His defense team -- recently joined by former State Appeals Court Judge Jim Dowd -- has only a week to prepare for the sentencing hearing on March 20. The lawyer who represented McKay during his initial trial, a civil attorney named James Hacking, missed a procedural deadline and was allowed to withdraw as McKay's legal counsel in February. The mistake could complicate McKay's options for future appeals, and his current lawyers plan to argue he was not adequately represented.

Indeed, this case is as complicated as they come. But Vannoy's ruling against McKay wasn't the only motion she heard during yesterday's hearing: First, the judge allowed prosecutors to call Post-Dispatch reporter Mann as a witness.

Continue to read how Judge Vannoy compelled a journalist to become part of her own story.