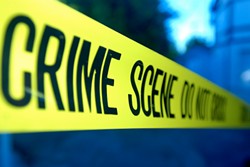 Corneshia Smith, the 14-year-old girl who was shot in the head Sunday night, has died from her injuries. Witnesses told police that Smith had argued with a group of people earlier in the day, but no suspects have been identified. Police are still investigating the case, and ask that anyone who has information call Crime Stoppers at 366-371-8477.