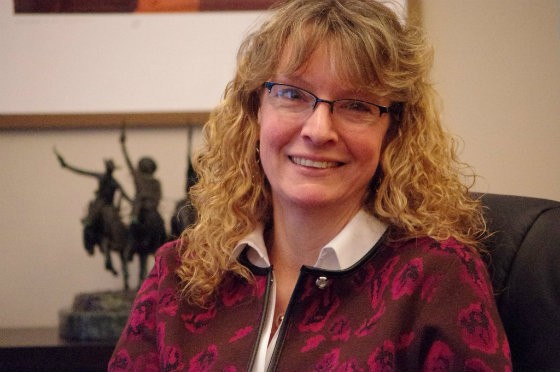 Two women who worked for the tiny Missouri town of Leadington have filed lawsuits against the city alleging they were subjected to unwanted touching and coarse comments, and then retaliated against when they dared to complain.

The women, city court clerk Altha Burgess and former city clerk Cynthia Leimkuehler, allege they endured a host of inappropriate activity on the job in 2013, much of it from then-police chief Rick Pogue and then-mayor Troy Dickens. Leimkuehler claims she was subject to the police chief rubbing his crotch on her shoulder -- only to be later told "God, you women! You make such a big deal of everything!" when she complained. Burgess, meanwhile, was repeatedly mocked after she asked not to be touched -- and called both "paranoid" and "an emotional mess."

"These women were exposed to some pretty graphic sexual harassment in the workplace," says St. Louis attorney Veronica Johnson, who filed the lawsuits on behalf of the two women. "No woman should have to go through that. And when they did what was right, they suffered a great deal of retaliation for it" -- including, for Leimkuehler, termination, according to the lawsuit.

Leadington, population 422, is about an hour's drive south of St. Louis. The city said it would have no comment.

Both men who figure prominently in the lawsuits have since left city employment. Police chief Pogue was dismissed from his job in February 2014, according to the local Daily Journal Online, with "a couple of administrative problems" cited as the only reason. Mayor Dickens had apparently resigned a few months earlier, following "a disagreement" with the board of aldermen about his handling of a personnel matter, as the Daily Journal reported at the time.

The lawsuits, filed last Thursday in the St. Francois County Circuit Court, may provide some insight into the situation behind both departures.

The suits' details are jarring:

* Leimkuehler alleges that chief Pogue once rubbed his crotch against her shoulder while she was sitting in a chair. When she questioned his behavior, asking, "Did you really just rub your crotch on me," her suit alleges, the chief laughed and said yes.

* When Leimkuehler reported the matter to then-mayor Dickens, his reply was equally unhelpful, the suit alleges. "God, you women! You make such a big deal of everything," the suit quotes him as saying.

* Meanwhile, court clerk Altha Burgess was having her own problems with Leadington officials. Her suit alleges that soon after she began working for the city in the fall of 2013, a police officer approached her, asking for a hug. She declined.

* Later, in a meeting with both the mayor and police chief, Pogue approached Burgess and rubbed her shoulder. When she said the touching was unwelcome, "Pogue and Dickens simply laughed," according to the suit. "[Mayor] Dickens later told Pogue to tell his officers not to to touch the plaintiff because she was 'paranoid.'" The mayor later made fun of Burgess, "once grabbing her arm and yelling, 'I just touched you. Don't freak out!" The mayor also allegedly told Leimkuehler that Burgess was "an 'emotional mess' because she was a woman."

* Chief Pogue allegedly made offensive comments to Burgess about a prior job where he'd been "required to 'suck semen through a straw,'" the suit says. He also asked Burgess' husband if he was "the prison bitch."

* When Leimkuehler reported the comments to mayor Dickens, the suit alleges, he dismissed them as "just joking."

"These woman shouldn't have been in this situation in the first place, much less suffered retaliation for reporting it," Johnson tells Daily RFT. "I can only hope that this will never happen again in the city of Leadington, and that other municipalities will also see there's some risk in failing to act on complaints -- and that they do the right thing, no matter how tough it is."