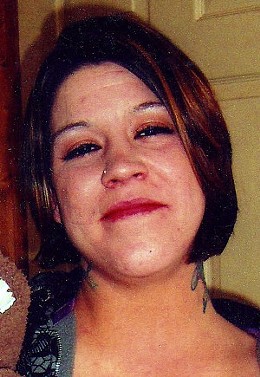 Crystal Terpening
The body parts found last week in a wooded lot in Alton have been identified as those of Cyrstal Terpening, a 26-year-old woman who disappeared from her southwestern Illinois home in mid-October.

Police are investigating her death as a homicide and have yet to name a suspect or motive in her murder. Some have speculated that she was run over by a train and her body parts then scattered about the lot.

Terpening had a troubled past. Since 2001 she's been charged and/or accused of felony theft, drug possession, forgery, probation violations and assault.