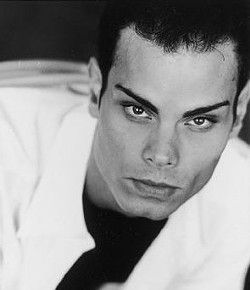 Darin Slyman, a.k.a. D-Sly
Apparently there was more to the story we reported last month regarding St. Louis' only LGBT newspaper, The Vital Voice.

In September the monthly tabloid published its last issue for 2009. At the time publisher and owner Pam Schneider told Daily RFT the reason was because she needed time to concentrate on a redesign and office move.

Turns out, Schneider left out a key detail: she was also selling the newspaper. Effective yesterday, the new owner of the Vital Voice is Darin Slyman, a.k.a. "D-Sly the Style Guy."

A St. Louis media veteran who has written fashion columns for Riverfront Times, Ladue News, toastedrav.com and Alive Magazine, Slyman joined Vital Voice earlier this year as a style contributor. That gig eventually led to a spot as associate publisher of the paper. Then, two months ago, Slyman says Schneider asked him if he wanted to take the reins.

"She's done a great job building this paper up over the years and felt the time had come to pass it on to a new generation," says Slyman, 36. "My response: Let's do it!"

Slyman declined to say how much he'll pay for the paper and its website.

Schneider founded the Vital Voice in 2000, a year after St. Louis' previous gay-oriented paper, the News-Telegraph, closed its doors after nearly 20 years in publication. Schneider will remain the owner of the Pride Pages, the telephone directory of St. Louis businesses that are either LGBT owned and operated or LGBT friendly.

Slyman plans to roll out a redesigned Vital Voice in January. The paper will remain a monthly, he says, and retain some key staff and contributors such as senior writer Colin Murphy as well as the office administrator Tess Tulley.

"We'll still have some hard news, but many of the issues that LGBT publications addressed back in the day are no longer as prevalent as society has changed," says Slyman. "Meanwhile, we have a growing number of people of all stripes -- rich, poor, city-dwellers, county residents, blacks, whites, Hispanics -- who look to us as a voice for what's happening in the region. That's where we want to be."