Darren Wilson Tells Why He Feared For His Life Before Shooting Michael Brown: NYT 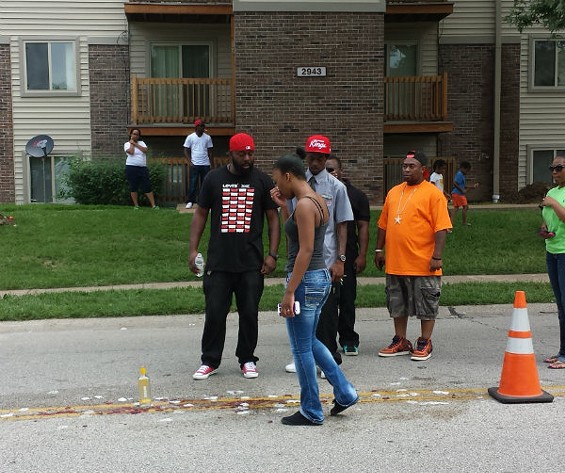 Ferguson police officer Darren Wilson testified to investigators that Michael Brown pinned him in his police vehicle and struggled over his gun before Wilson shot Brown six times and killed him.

Here's what Wilson told investigators, according to the Times: Brown pinned Wilson in his vehicle, putting Wilson in fear for his life, as they scuffled over the gun. Brown reached for the gun during the struggle, and it fired twice inside the car, according to the FBI, once striking Brown in the arm. The other bullet missed. Brown's blood is on the gun, the interior door panel and Wilson's uniform. Brown punched and scratched Wilson, leaving swelling on his face and cuts on his neck.

Wilson's account answers some questions and contradicts some eye-witness testimony, but it leaves one glaring question unanswered: Why did Wilson follow Brown from the car and continue shooting, eventually striking Brown a total of six times?

This new report also doesn't confirm or dispel whether Brown had his hands up in a position of surrender as Wilson shot the final shots on that August 9 afternoon.

Anthony Gray, the attorney for the Brown family, tells the St. Louis Post-Dispatch that while he doesn't doubt Brown and Wilson had an altercation in the police vehicle, he still doesn't understand why Wilson would pursue Brown as a threat outside the car.

"His actions contradict the presence of fear," Gray tells the P-D. "You're fearful, a guy's running, but you're going to get out and chase him? How many people do you know chase something that you're fearful of?"

The grand jury in St. Louis is likely to decide whether or not to indict Wilson by late November, but a judge has given jurors until January to make a decision.