Darryl Jackson Arrested for Emailing Threats to Vital Voice: "I Will Exterminate All You Faggots" 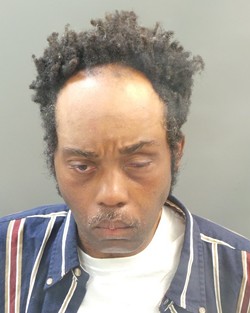 Vital Voice gets its share of hate mail. As St. Louis' premiere LGBT magazine, plenty of homophobic emails find their way into the Vital Voice inboxes.

But the message that came in from a St. Louis Community College account was different, says associate publisher Jimmy Lesch.

The message, sent from a St. Louis Community College email account, read: " "I WILL EXTERMINATE!....YOUR LEADER AND ALL OF YOU FAGGOTS AND WEASELS..."

Fearing for the magazine staff's safety, Lesch alerted the community college, which roped in the police. Late last month, officer Jerod Breit was investigating at the Forest Park campus when he saw a man preparing to send another threatening email to the magazine.

Police arrested Darryl Jackson, 40, of the 1700 block of Market Place, on charges of felony harassment motivated by discrimination. In court documents, Breit says Jackson was preparing to send an email that closely resembled other emails he'd sent saying he would "exterminate" people at Vital Voice, whom he described as faggots, weasels and "inferior vermits."

After his arrest, a judge has ordered Jackson to undergo a mental-health evaluation. Apparently, the Vital Voice isn't the only target of Jackson's scorn. Police say he's been sending similar emails to other individuals and organizations.

"When the authorities informed us this person had been harassing other organizations, it was a great feeling to know that we could assist in putting a stop to the harassment," Lesch says.