DeAndre Jones, St. Louis Homicide No. 22; Shot Outside His Home 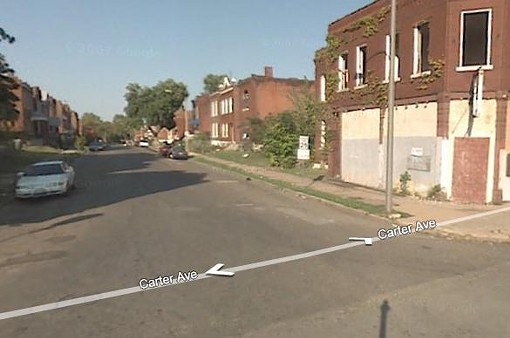 Google Street View
The view of the 4300 block of College from the Carter Ave.

Jones, of the 4300 block of College (between Carter and W. Florissant), was lying face down on the front porch of his home when police arrived to the scene around 1:55 a.m. He later died at an area hospital. Police have no suspects in the case.

Anyone with information regarding his death can leave an anonymous tip with CrimeStoppers at 866-371-TIPS.