It's illegal to release the identities of people involved in executions, such as physicians and pharmacists. When state officials changed the drug, they also changed the rules about whose identity could be protected, expanding the privilege to include suppliers of execution drugs.

"There's no basis for the government to keep the name of suppliers a secret," says Tony Rothert, ACLU's legal director of Missouri. Rothert said two other states -- Arizona and Georgia -- made similar rules that were later struck down. "We think it's unconstitutional here, too."

On Wednesday the ACLU filed a lawsuit challenging the constitutionality of protecting suppliers, especially because the group published names of suppliers on its website to bring attention to what Rothert calls "questionable practices."

View the lawsuit at the end of this story. 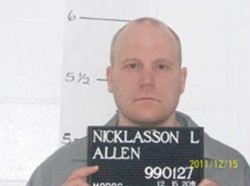 "When we got the records before and saw the questionable practices the suppliers and department of corrections were using to get execution drugs, it certainly raised a lot of serious questions -- serious enough that an execution was cancelled and the drugs returned," Rothert says.

Nixon postponed the October 23 execution of Allen Nicklasson, guilty of murdering a Good Samaritan, when the European Union, which is against the death penalty, threatened to restrict U.S. shipments of propofol, a popular anesthesia and the substance at the center of Michael Jackson's manslaughter trial, because Missouri uses it for executions.

As Governor, my interest is in making sure justice is served and public health is protected. That is why, in light of the issues that have been raised surrounding the use of propofol in executions, I have directed the Department of Corrections that the execution of Allen Nicklasson, as set for October 23, will not proceed. I have further directed the Department to modify the State of Missouri's Execution Protocol to include a different form of lethal injection. The Attorney General will immediately request a new execution date for Allen Nicklasson from the Missouri Supreme Court.

Read the new Missouri execution protocol and the ACLU's lawsuit after the jump.