Did the Dybbuk Box, the Haunted Relic Behind The Possession, Try to Kill One Last Time? 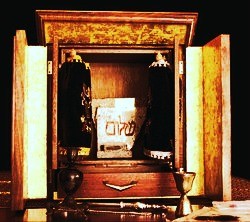 Jessica Lussenhop
The dybbuk box is finally six feet under.

We here at the Riverfront Times are big fans of locally-sourced ghost stories (if you missed it, check out our cover from last week: Five St. Louis Ghost Stories That Just Won't Die).

So we figured Halloween was a pretty good day to check back in with the Kirksville owner of the "dybbuk box," one of the supposedly most haunted artifacts in the U.S. and the inspiration behind the Sam Raimi horror film "The Possession."

Turns out the dybbuk (a Hebrew word for ghost or demon) may finally be at rest, but not before it threatened life and limb one last time.

We told the story of Jason Haxton and his acquisition of the mysterious Jewish relic in our August cover story Devil's Wine Box. Haxton, who is the director of a small medical museum in Kirksville, acquired the dybbuk box on eBay, after reading a description of the terrible misfortunes both its previous owners had suffered: awful odors, hair loss, business failure, even multiple strokes. All were supposedly the work of an angry demon unleashed when the box was open (we also visited and opened the box, and explored reasons why the it could simply be a hoax). 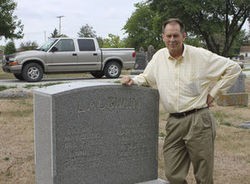 Haxton also experienced a host of health ailments, nightmares, and visions after he became the owner. He penned a book about his exploits, called "The Dibbuk Box" chronicling his search for the relic's origins.

Hoax or not, a version of the dybbuk box legend premiered on the silver screen early this fall and "The Possession" grossed almost $70 million worldwide. Haxton, who is credited as a producer, attended the premiere in Los Angeles with his wife. That's the last time we spoke with Haxton.

Yesterday, in an email, Haxton updated us with a few tidbits. Before leaving Missouri for Tinseltown, Haxton says he buried the dybbuk box -- once and for all -- in a secret location. He says he accomplished the errand without incident . . . or so he thought. Here's how he tells it: