Did the Rockies Use Juiced Balls to Beat the Cardinals? 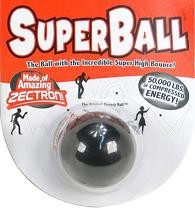 That's what ESPN's Jon Miller suggested in a radio interview last week -- the day after the Rockies rallied from a six-run deficit in the ninth inning to beat the visiting Cardinals by a score of 12-9.

Below are a few of the excerpts from Miller's interview with KNBR-AM...


"There's a feeling that the Rockies are doing something with the humidor-stored baseballs, and sometimes late in games when the Rockies need help, that some non-humidor baseballs slip into the mix. Nobody has been able to prove it.

"It would be interesting to see what Tony LaRussa has to say about it right now. The Giants felt like something was going on when they were there in that regard. ... To me it's something that baseball needs to address.

"Maybe the Rockies are just doing extremely well but there is some question here ... and I'd like to see baseball take some action in that regard."

Hat tip to SPORTSbyBROOKS, which pokes a few holes in Miller's conspiracy.