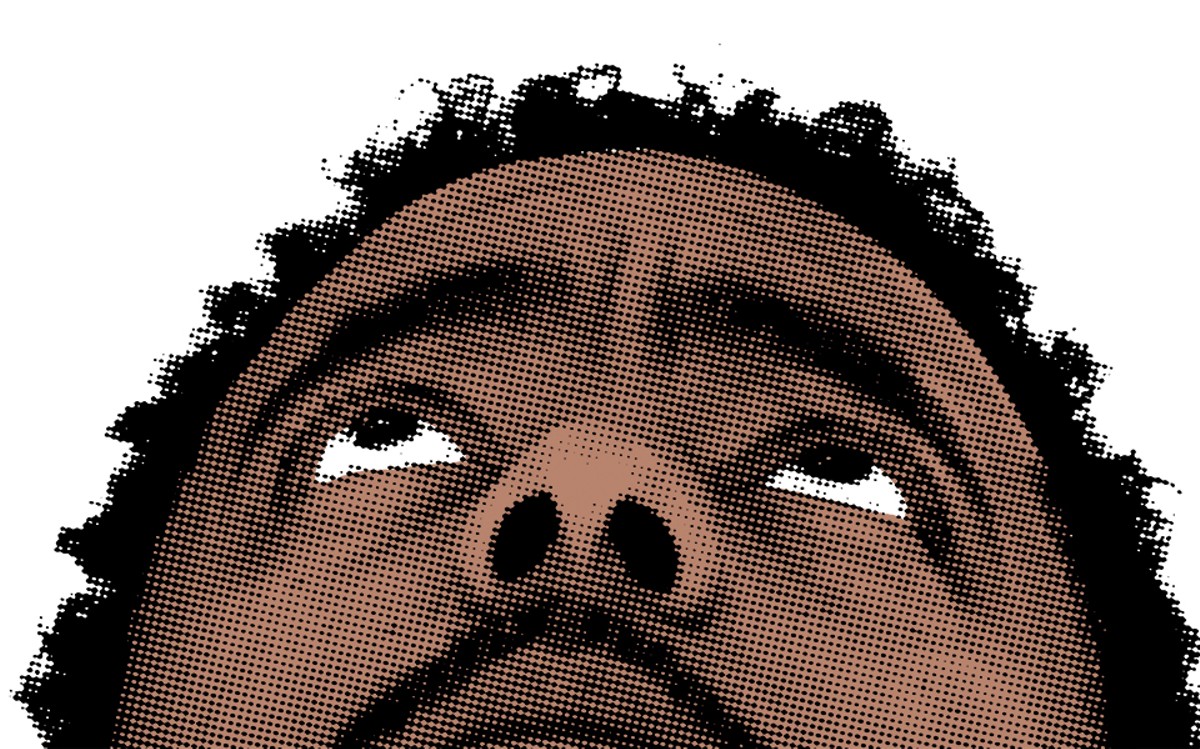 On a normal day in the unusual life of Dimetrious Woods, the 40-year-old convicted drug dealer climbs into the neat white trailer parked next to the Woods Auto Spa in Columbia, Missouri. He flicks on the trailer's ventilation system, tugs on a pair of plastic gloves and reaches for the first of several plastic containers.

The oil sizzles and pops as the first chicken wings drop into the fryer. Woods talks as he cooks.

"My mama taught me, you season it up, throw it in the fryer, and you just let the chicken float," he says, carefully folding the plastic baggie of marinade. Woods doesn't measure out the spices, and he doesn't work off a recipe. As he twists his wiry frame around the narrow confines of the trailer, he preps the fries, lays out the sauces and seals up ingredients for later orders. Every few moments, he checks if the pieces in the fryer are floating yet.

It's like chemistry, he explains, but it's also a feeling. It's an awareness of time.

"This will sound crazy, like ... I'm inflating myself," Woods says hesitantly. "I knew how to cook growing up, taking care of my brother and sister. But really I learned from cooking cocaine."

It's not really so outlandish. In 1991, an older friend fronted Woods his first scraps of crack cocaine, which he carefully mixed in a coffee cup and microwaved with a bit of water. The recipe called for an ice cube, which hardened the mixture into a single, sellable rock. He made $40 on the deal.

He continues, "I'd been selling and cooking cocaine since I was fourteen. So as a kid, trying to figure out how to do that, if you make the wrong gesture or put too much heat or something" — he flicks his hand in a gesture of negation.

Woods scoops out the sizzling chicken wings with a pair of metal tongs, placing them gently into the center of a paper-lined cardboard box.

Woods' life as a drug dealer ended abruptly in 2007, when he was convicted at trial for trafficking 9,000 grams of cocaine, likely worth well over a million dollars on the street. (The quantity shocked even the trial judge, who remarked, "That may be the most amount of cocaine I've seen, and I've seen a lot of cocaine cases.")

At the bench trial, the judge sentenced Woods to 25 years. He was not eligible for parole.

And then, after an unexpected court ruling in his favor, he was.

Since Woods' release on parole from a maximum-security prison in 2018, he's opened two businesses, starting with a drably painted former service station that he and his father renovated by hand. They repainted the exterior a vibrant blue and named it Woods Auto Spa, and for the last year, the ex-con has spent his workdays tinting windows and managing the shop. Of course, at Munchi's Fish & Chicc'n food trailer, which Woods opened in December, he is the head chef.

As he readies the chicken order, Woods keeps up a running monologue, repeatimg the ingredients to himself and counting the wings as he withdraws them from the hot oil. He drops a pizza puff into the fryer. "Lemon pepper wings," he murmurs, "three, four, five, six ... blue cheese ..." He makes a gagging sound. "Who chooses blue cheese over ranch?"

Woods' phone buzzes on a counter, and although he is busy with several tasks, he takes the call, cradling the phone shoulder-to-ear while he packs up the food and gets another batch of wings ready for frying. He listens, and then instructs the caller to contact his assistant at the shop.

"Just explain that your man got a case, and I just gave you the number, and that you my family. Girl, I'm here to help."

"That was another one," he says after the call ends. "They're just hoping. They call me and they want me to give them some hope, give them some information. I just give them the truth."