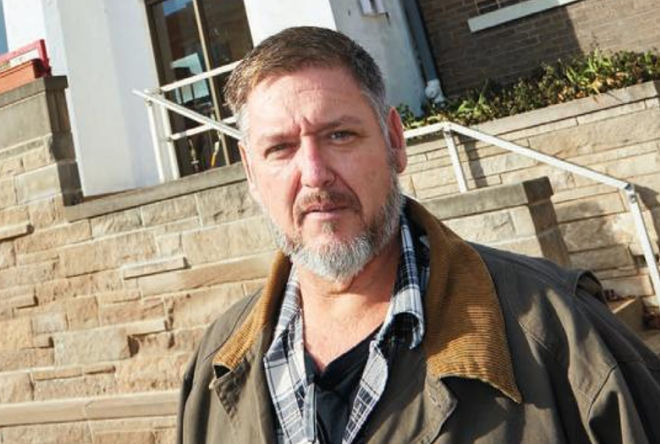 The former pastor was convicted a year ago of eight of nine charges, including production, attempted production and possession of child pornography. Much of the abuse took place in the old Bevo Mill church that Copp turned into a community center, pizzeria, karate school and residence, where he lived with a shifting number of young girls.

Starting more than a decade ago, Copp began taking in children who had no place to go and slowly, steadily manipulating them with mind games, fake identities and a twisted sense of family until he could coerce them into sex acts. He routinely raped two girls, whom he called his daughters, and he persuaded their friends to send him nude photos by posing online as a thirteen-year-old girl who always seemed to want to play sexualized games of "Truth or Dare."

"These are among the most heinous crimes in our society," U.S. District Judge Audrey Fleissig told Copp during the sentencing hearing.

Justice was a long time coming for Copp's victims, who sat together at the side of the courtroom, their arms across one another's shoulders. St. Louis police and building inspectors first raided the old church in October 2015. Copp was arrested then on suspicion of endangering children as police investigated accusations that the now-50-year-old was illegally forcing kids to work in the pizzeria, but he was released within two days without charges.

Prosecutors had assembled damning evidence, including internet chat logs and emails that pointed to Copp, but it was his victims who knitted the case together, testifying during a ten-day trial in April 2018. The girls were able to fill in gaps, identifying themselves in photos of their most vulnerable, most painful moments and supplying details to support the timing and location of Copp's campaign of abuse and manipulation.

Federal prosecutors from the U.S. Attorney's Office played a videotaped statement from one of the girls at the sentencing hearing. She described her two attempts to commit suicide and the unyielding terror.

"It just put me in a different state of mind," she said. "I just feel like I'm trapped in there."

Two of the girls moved in with Copp more than a decade ago when their mother lost their apartment and needed help caring for the girls and their siblings. He was a married pastor at the time and lived in the county. The girls were nine and eleven years old, and Copp would abuse them while his wife was out of the house.

At one point, his wife returned home unexpectedly and walked in while Copp was in bed with the elder sister, prosecutors say. He tried to explain it away, but the incident was reported to authorities. An investigation followed, but the girl told police nothing happened. She later testified that she was scared to say what was really going on.

Shortly after, Copp took the girls out of the house while his wife was laid up in the hospital, and he moved them into the Bevo church. It was part of what would become a pattern of separating girls from adults who might help them. In the following years, he collected children, persuading their desperate mothers to sign powers of attorney as they headed off to jail, battled drug addictions or struggled with homelessness.

Two of the mothers testified at the sentencing.

"You stole my children's lives, trust and dignity from them," one mom told Copp through sobs.

Another said she had confided in Copp, revealing to him secrets of her own molestation only to later learn he was doing the same thing her daughter.

Installing himself as a guardian of the girls gave Copp an added layer of control. He wielded the power to throw his young boarders onto the street if they didn't follow his rules. At the same time, he styled himself as a champion of underprivileged children, publicly presenting the quirky pizzeria with its child waitresses dressed in karate uniforms as a vehicle for supporting and teaching kids.

He impressed neighbors who credited him with running off gangs who previously congregated around the church, and he won over others, hosting free classes, open mic nights and community events attended by a mix of kids, Bevo residents and even cops working in the Second District. In 2015, multiple people wrote letters praising Copp, but that support began to fall away as the case progressed and prosecutors fleshed out their allegations of horrendous abuse.

Copp has continually refused to admit doing anything wrong. At trial, he presented a theory of a complex conspiracy to frame him by a supposedly crooked police officer. Computer records showed Copp had posed as thirteen-year-old "Chrissy" from China to befriend and coerce the girls online. And he sent emails to one of his victims, adopting the persona of a school resource officer who threatened to send men to sexually assault the girl if she didn't submit to sex with Copp.

He referred to himself as "Grandpa" in the Chrissy chats, sometimes referred to one of his victims as his "secret wife" and tried to use his false identities to persuade other victims to "date" him, according to evidence presented at trial. Prosecutors were able to show photos the girls sent to Chrissy had been saved on Copp's hard drive, and IP addresses for the fake identifies traced back to his computers. But Copp insisted that info was implanted on his devices as part of the supposed frame job.

Copp represented himself at trial, which gave him the opportunity to cross-examine his victims, which he did for hours as they squirmed miserably in the witness chair. He made one of the girls read years-old Facebook posts, in which she had written lovingly about her "dad."

Judge Fleissig told Copp today that those posts only hurt him in her eyes, because they showed how thoroughly he had manipulated girls who were too young to understand the depravity of his actions.

"You delude yourself, Mr. Copp," she told him. "To me, this is not evidence of your innocence; it is evidence of their susceptibility and vulnerability."

Copp had previously rejected a plea deal that would have come with a recommended twenty-year sentence. In the days before today's hearing, he filed a request to resurrect that sentence. Prosecutors fought that request, noting it was only offered to prevent the girls the pain of testifying. Fleissig rejected his request, telling him it was her intent to impose what is essentially a life sentence.

When the hearing was over, the girls and the mothers hugged as U.S. Marshals secured Copp's hands to shackles at his waist. Among those watching the hearing was his ex-wife Julie Copp who says she tried ten years ago to stop him.

They were going to through a divorce back then, and Copp through his attorney told her attorney that Julie had been removed as a guardian and no longer had any power in regard to the girls, she says. She only learned during the trial that wasn't true.

"He deceived everyone," she told the Riverfront Times.

She says she tried contacting the girls for more than a year after they moved out of the house but found out later Copp had confiscated their cell phones to cut them off from those they knew.

"It was the worst hell imaginable to know that I tried to protect them, and I had no power," she says.

Even after Copp was charged, Julie Copp says she was unable to speak to the girls because there was a possibility she would testify against her ex-husband. But that restriction evaporated with Copp's sentencing. Moments after the former pastor was led away, she eagerly waited on an elevator that would carry her to the floor of the courthouse where the girls and their mothers had gathered.