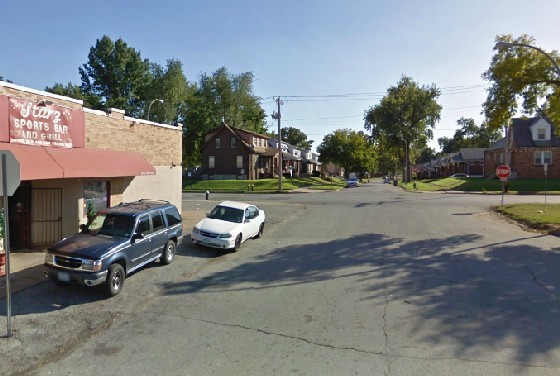 Dominic Johnson, a 27-year-old black male, was found shot to death outside the Starz Sports Bar and Grill (8700 block of Goodfellow Boulevard; pictured above) in the North Pointe neighborhood Monday night just after midnight.

According to police documents, St. Louis Police responded to a report of a shooting and found Johnson unresponsive on a parking lot. He was shot multiple times in the face and chest. Police determined that Johnson had engaged in an argument with other patrons of the bar and both parties were asked to leave. Moments later, Johnson was discovered murdered outside the bar.

Police list no suspects at this time, but the investigation is ongoing.