Yesterday, we told you about Donald Crangle, a St. Louis county gun instructor who has been accused of fraud and running inadequate training classes -- raising questions about the residents who got concealed-carry permits with his certificates.

Since publishing that story, Daily RFT got a chance to speak briefly with his wife Mary Crangle, who defends her husband and says that she was unfairly handcuffed when police arrested him last month.

"It was handled really wrong," she tells us. "I did not like being handcuffed in my own house."

And about the charges against her husband, she says those are wrong, too.

We got in touch with Mary Crangle after we noticed that she was frequently commenting on the original Post-Dispatch article, defending her husband against the accusations that he ran trainings that did not meet concealed-carry requirements outlined by Missouri law.

We spoke to her briefly on the phone until, at the instruction of someone near her, she was told not to comment anymore.

She tells us that her husband can't comment, either.

"I couldn't believe it," she says of the police coming into her home. "I didn't even know who they were." 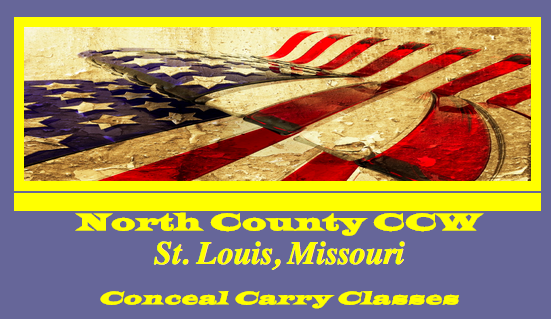 via northcountyccw.com
Website that lists Crangle as an instructor.

St. Louis county police, in their official reports, say that Donald Crangle, 52, was arrested in his home on March 22 -- after police conducted an undercover investigation into his classes following reports that he was lying about conducting full eight-hour trainings.

His wife says that there was no need for police to handcuff her and treat her the way they did.

"It was really overkill," she says. "They just treated me really badly."

A St. Louis county police spokesman, however, tells us that there is nothing in the official reports about her being handcuffed or even any mention of her (and if she has concerns, she can bring forward a formal complaint).

She did not face any charges.

Regardless, Mary Crangle, who is listed online as a personal safety training assistant, tells us that she believes her husband might have conducted a single class that was too short and that perhaps he didn't take regular breaks in the session.

But in official reports county police imply that it was a much more widespread problem, which they were first alerted to when a student submitted a certificate in the early afternoon one day, saying he had completed a full eight hours of training on that date.

We didn't get a chance to hear much more of Mary's defense of her husband because she said she couldn't comment anymore.

On the P-D, one of her many comments said:

Don trained people carefully and correctly. HE may not have taken breaks and lunch hours, but the laws and safe gun ed he incorporated both in the lecture and the field training.

The students learned the law and how to safely shoot a gun. His classes were similar to the way he taught in the military. I believe the only complaints came from those who could not hit the target after hundreds of rounds and instruction, because he failed them. I guess all those marines at Lambert field better turn in their permits, along with the policemannnnnnn wives he did for free. Let's not forget all of the pastors and prosecuting attorneys and judges he did as well. Having people sit for hours can be hard on some people. How about the double amputee who lost their legs in Afghanistan?