Twenty-four-year-old Dwayne Scales was discovered dead from a gunshot wound Saturday evening in the 5700 block of Theodore (below). 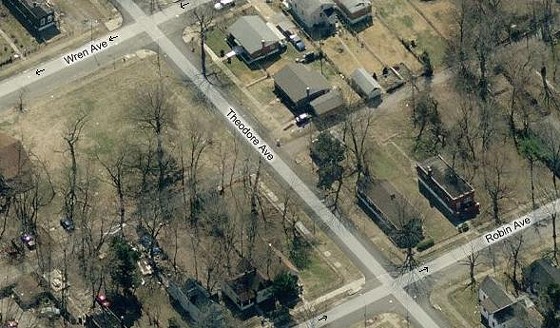 Police report that Scales and several other men were involved in an argument that turned violent as it spilled out of a home in the Walnut Park East neighborhood around 5 p.m. November 13.

After being shot in the chest, Scales, of the 4200 block of Athlone Avenue, reentered the home and drew his last breath hiding in the basement.

Police were looking for a fourth man involved in the shooting.