Early Voting: Will Missouri Lawmakers Make It Easier For People To Cast Ballots?

As a controversial GOP-backed proposal to require photo identification for elections swiftly makes its way through the legislature, another voting bill is starting to get some attention that could significantly impact how people cast ballots in the future.

The Democratic legislation in question is an initiative to create an early voting period in Missouri, with backers arguing that it would make it much easier for people to vote -- and help reduce the long lines on Election Day that disenfranchise people, often in poor, urban communities.

"I waited in line for five hours to vote," State Senator Gina Walsh, one of the proponents of the bill, tells Daily RFT. "The waits were just incredible."

Walsh says it's commonsense, but does the bill actually have a chance of becoming law?

Much of the debate around election legislation so far this session has focused on the partisan fight on photo ID, with opponents arguing it would suppress rightful voters across the state -- while Republican backers say it is a simple requirement that would help prevent fraud.

There are now two separate but virtually identical State Senate bills, SB 145 and SB 94, that would establish an "advance voting period" for future elections.

The proposal is modeled after early voting systems that exist in states across the country -- and proponents say this kind of setup makes Election Day much smoother and gives voters who work full-time more opportunities to cast their ballots. 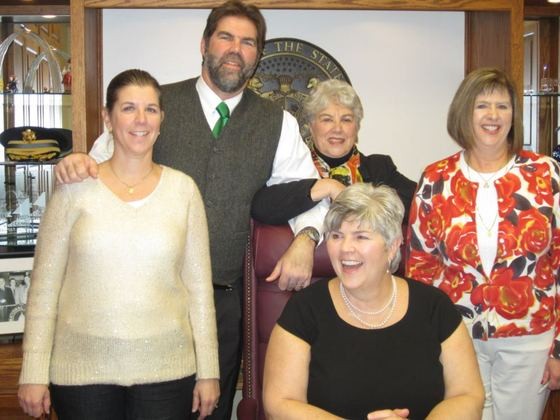 "Last time, it rained -- and there were people standing outside, old people, young people, waiting for hours," says Walsh, a Democrat who represents parts of north St. Louis County and formerly served as a House representative. "People have to work, but they're showing that they're not making a choice between working and voting. They want to vote and exercise their rights."

But after many hours, some simply don't have a choice, she says.

"They say, 'I have to go to work,'" says Walsh, who has proposed the idea alongside State Senator Jolie Justus. "I just think we should be making it easier to vote."

As written, the bill would allow voters to cast advance ballots at central and satellite locations during a period that begins the third Wednesday prior to Election Day, anytime between 7 a.m. and 7 p.m. and until 12 p.m. on Saturdays.

The proposal has come up numerous times in the past, but has faced a range of opposition and has gotten bogged down in the legislative process.

Continue for more of our interview with Gina Walsh and for the full draft bill.