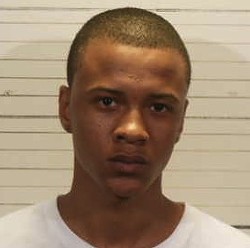 Earlier this month, we wrote about the exoneration of Marlon Miller, a twenty-year-old East St. Louis, Illinois, resident wrongfully accused of a violent rape and robbery. He was released from jail after a DNA test proved his innocence. And now, as Miller's attorneys weigh a possible lawsuit against police, officials have tracked down the person they do believe robbed and raped a woman at the MetroLink Emerson Park station on January 29.

In an interview with Daily RFT last week, before the new charges were announced, East St. Louis Mayor Alvin Parks says it's crucial that police find the perpetrator.

"It is extremely important for the young lady that was victimized and for everyone...that we find out who did it and bring them to justice," he says.

Hood was charged Friday with six criminal sexual-assault counts, one attempted aggravated sexual assault count and one armed-robbery count. The charges from Kelly, on view below, outline the violent rape in graphic detail that happened six months ago.

A representative from Kelly's office tells Daily RFT that Hood was identified through DNA.

Miller was at the station that night, but knew nothing of the rape or robbery until police brought him in for questioning. He claims that cops coerced him into confessing to the robbery by telling him that if he admitted to just that part of the crime, they would let him go. Instead, he and his attorneys say, the cops arrested and charged him for both the rape and robbery -- locking him up for months until DNA tests proved they were wrong. Without DNA tests, he says, he might still be behind bars today.

"I'm very glad that they tracked down the right person," Miller tells Daily RFT. "Otherwise, they would still be doing the same thing." 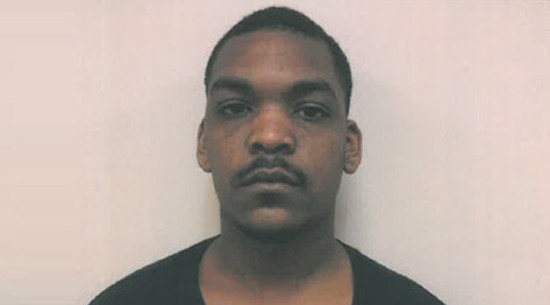 Marlon Miller's mug shot after he was wrongfully charged.

He adds, "The only reason that they found the right person was because my family paid for the DNA."

In our interview last week prior to the charges against Hood, Parks said he couldn't comment on the specifics of Miller's allegations of police coercion, but said, "From time to time, unfortunately, the wrong individual is really brought into a negative light. And if Mr. Miller is one who was not involved in the situation, it's unfortunate that his name has been dragged through the mud the way that it has been in the process.... But unfortunately, that's just the process."

He continued, "That's why we have a system in America that says innocent until proven guilty."

He says police must do everything they can to stop repeat offenders.

"If you let a person who is a shooter free to go and do other shootings, that's what they are going to do. Individuals who rob people, if you let them free and you don't apprehend them, they're going to rob somebody else," Parks says.

He adds, "We cannot have the women of this community feeling as if, 'I can't even walk home from work. I can't catch the MetroLink and go to the store because...somebody might be waiting there to beat me and rape me and rob me.' That is not acceptable.... The protection of life and property and the rights of people is of the utmost importance in this community."

Here are the charges against Hood from Kelly's office.