When Michelle Rowling heard her abusive on-again-off-again boyfriend was being released from jail, she posted to Facebook a terrifyingly accurate warning:

"So if anything happens to me tonight, just let my kids know I loved them dearly and tell my momma I love her," she wrote online.

Five days later, police found the 25-year-old mother stabbed to death in her East St. Louis, Illinois, apartment, adding a new level of horror her final Facebook premonition: "The police....LOL I'm [going to be] gone 'bout the time they come."

Police are still looking for Montrell Cooper, Rowling's ex and the father of one of her children, and officials are searching his abandoned SUV for evidence. 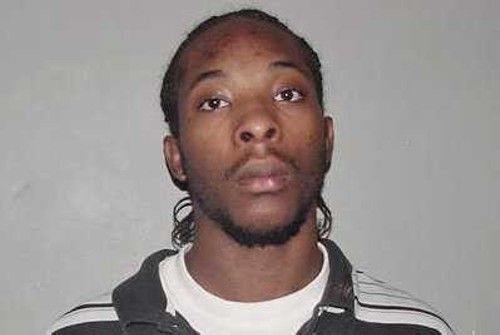 "We want to catch this guy as quickly as we can," East St. Louis police chief Michael Floore tells the Belleville News-Democrat.

Rowling's shocking story appears to be an all-too-familiar narrative for victims of domestic violence: The abusing partner escalates the violence and isolation, finally lashing out lethally just as the victim tries to leave.

Police say Cooper slit Rowling's throat and beat her up before, but the Illinois attorney's office couldn't lock him up when Rowling testified on his behalf and chose not to cooperate with law enforcement. He was released on probation the day she posted her warnings on Facebook.

"She wanted to be with him, but they weren't getting along, so she was trying to leave him," says Danielle Lane, a second cousin, to the News-Democrat. Lane last saw her cousin on Thanksgiving Day. "When I saw her, I told her she needed to get out of that relationship because that wasn't love."

Rowling's grandmother, Diane Simmons, is caring for her two children, but funeral costs are starting to mount.

"We are having a horrible time trying to get funds together to pay for her funeral," Simmons tells the News-Democrat. "She didn't have any insurance. I want young people to know they need insurance. Get insurance and leave a will."

Call the anonymous tip line with information about Cooper's whereabouts at 1-866-371-TIPS.