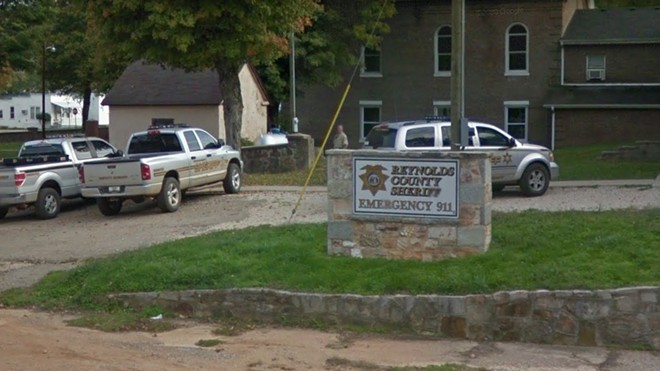 A jail in southeast Missouri that allegedly was operated with no guards for more than half of the day and left an extension cord in easy reach of a suicidal inmate must now pay $900,000 to the family of a detainee who died in the jail's custody.

Smith, who had been diagnosed with schizophrenia and bipolar disorder, had been hospitalized numerous times in his life. In September 2018, when he was taken into custody by deputies in Jefferson County, he was put on suicide watch in the jail there.

Smith was transferred to Reynolds County Jail in Centerville on September 26.

Smith escaped jail custody in October. When deputies apprehended him a few hours later, he told officers he wanted them to shoot him. He later said that he had escaped to try to get help for his mental illness. Back at the jail, Smith was placed on intermittent suicide watch for less than 24 hours, according to lawsuit filed against the jail.

On November 6, less than two weeks prior to his death, Smith submitted a grievance form in which he said he was being denied access to his medication.

"I hear voices. I see people and things that aren’t there, and I go through manic phases where I’m very happy and then end up so low I attempt suicide," he wrote.

Smith also attempted to file a pro se federal civil rights lawsuit over his lack of access to mental health care and medication. A friend of Smith's also warned jail staff that Smith's lack of access to his prescribed anti-psychotic medication combined with his suicidal behaviors and thoughts were going to end in a disaster for him.

In addition to the lack of medical care, a box fan attached to an extension cord was left just outside of Smith's cell, within easy reach.

Added to this was the fact that the jail was often unstaffed.

"The basic tenant for a any jail is that you have a jailer on duty 24/7," said attorney Stephen Walsh, who represented Maud Smith in the lawsuit. "In this case, the jailer came on at seven [in the morning] and left at four."

According to the lawsuit, the only other person present in the jail at night was a person who worked nights dispatching for the sheriff's office. That person's office was in the front of the same building that housed the jail.

If detainees had an emergency, the suit says, the only way to get help was to "make as much noise as possible by banging and kicking on the jail cell doors for extended periods" until the night dispatcher heard them. But the night dispatcher didn't have keys to the jail and had to radio a road deputy to come unlock it.

On November 18, Smith's cellmate awoke at night to use the bathroom and found Smith hanging from the extension cord, which had been tied to the cell bars. The cellmate began making noise to get the dispatcher's attention. A road deputy was called. Almost 20 minutes passed between the cellmate finding Smith and EMS being able to attempt life-saving measures on him.

Smith was pronounced dead a little before 2 a.m.

Smith's mother, Maud, filed her lawsuit in federal court in June 2021. The $900,000 settlement was finalized Monday.

"I've handled a lot of these cases," Walsh said. "And this is the most egregious, most outrageous set of facts I've ever seen."