Elizabeth Cooke, Tragic Internet Sensation, Now Has Her Own Ballad 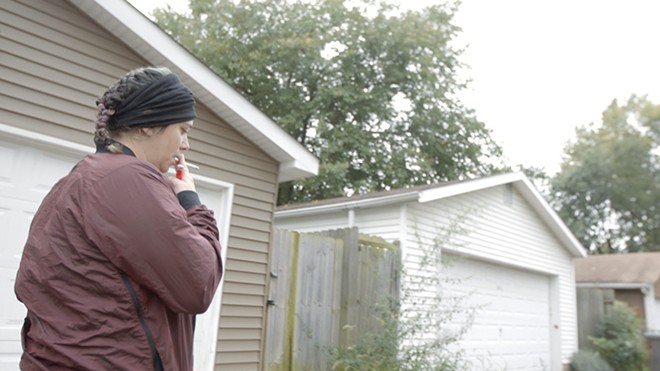 Seemingly everyone in St. Louis had strong feelings about Cooke after her story went viral last year, when a man whose truck she was attempting to steal began filming her. He then posted the video, as well as the much of the rest of her life, online.

Now, she has her own ballad.

Musician G.M.H. Thompson picked up the RFT’s cover story at Pho Grand; at the time, he was writing songs for an upcoming country album.

"I almost fell out of my chair because I thought, ‘That's a murder ballad right there,’" says the singer and guitarist.

Back up. It should be noted that Elizabeth Cooke was never charged in the January death of Bobby Phillips, a 62-year-old man who died at Eco Village, a north city nonprofit that provides services to unhoused people. His official cause of death, according to the St. Louis City Medical Examiner, was cardiovascular disease exacerbated by methamphetamine.

But, on various Facebook pages devoted to her saga, internet sleuths accused Cooke of killing Phillips, speculating that she and others may have given him a “hot shot” of drugs.

"Part of the charm of the story was that it wasn't entirely clear that she killed Phillips," Thompson says. He was so struck by the piece that he wrote a song about her for his band John Hawkwood's Blackfoot Sun, and they have just released, "The Ballad of Elizabeth Cooke." 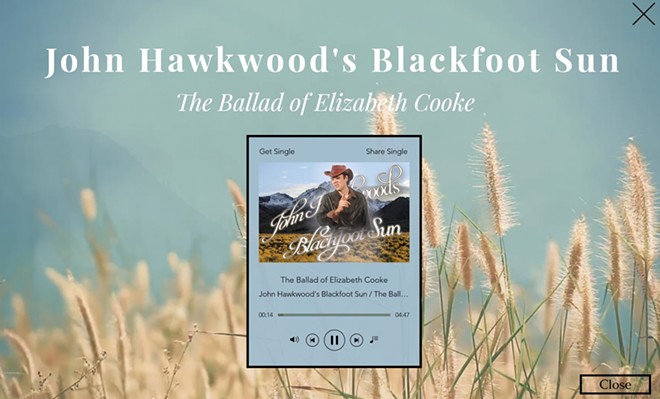 The song begins with an ominous, atonal cello, performed by groupmate Brit Lockhart. The strings give way to Thompson's acoustic guitar picking and opening chorus:

In a mere three verses Thompson talk-sings us through the whole Cooke ordeal. The first opens with Phillips, fresh out of prison and "having a devil of time" finding a job. He meets Cooke and, trying to impress her, imparts that he has $1.7 million dollars coming his way.

The second verse details Phillips' death, and then Cooke’s car robbery attempt; the victim gets "madder than a Spanish bull" and, after getting her phone, publishes much of its contents on the internet.

In the third verse, as in all classic ballads — from the “Lonesome Death of Hattie Carrol” to “Sister Christian” — a lesson is offered. The one here is: be wary of hippies.

"So next time you hear some hippie type begging 'oh won't you tip me please' or maybe praising the Grateful Dead while smoking all your weed,” sings Thompson, as his narration builds to a crescendo. “Remember Bobby Phillips. Remember that he's dead. Remember he could have been alive today instead."

St. Lunacy asked Thompson if that was the intended takeaway of the tune.

"You should be wary of hippies," he said, adding he wrote the song for an upcoming country EP. "There's nothing more country than bashing hippies."


The ballad will be part of the forthcoming album, I Met the Devil on the Mississippi Down in Ol' St. Lou, a collaboration with Lockhart and Tom Blood of Jesus Christ Supercar.

"I want to give the RFT credit for the song," Thompson says, quickly clarifying, "Not a writing credit, obviously. Some sort of non-legally binding, inspiration credit."