Apparently, asking students if they can name three things that bring them joy is an invasion of privacy

For some Webster Groves School District parents, surveys asking students about their preferred pronouns and mental health are “intrusive” and “violate student privacy.”

Webster Groves was one of seven school districts mandated by state Attorney General Eric Schmitt to hand over information on student surveys this month.

Schmitt subpoenaed information from Webster after conservative nonprofit Southeastern Legal Foundation requested Schmitt to investigate the district in May.

On behalf of “a concerned group of parents,” Southeastern Legal sent a letter to Schmitt that included screenshots of surveys they claimed were sent to Webster students.

Yet copies of the surveys show questions far more benign.

One Webster survey asked students to rate on a scale of one to five how much they felt they belonged, how well they handled stress, and how comfortable they were to talk about their feelings.

In a description for the survey, students wrote:

“We are taking the data from responses to try and raise awareness and to solve LGBTQIA+ related struggles here at [redacted], We would like to make this a more inclusive school!”

Many of the surveys appear to have been made by Project Wayfinder.

Questions sent to students from Mehlville School District focused on similar topics. A survey sent to students in grades 3 through 12 was based on social emotional learning, which teaches grit, social awareness, self-efficacy, belonging and other life tools deemed important for learning.

“We know students do better academically when they feel like they belong in our school communities and when they have the tools and support to manage their emotions,” Superintendent Chris Gaines wrote in an email to district families to explain the surveys.

A representative of Webster Groves School District referred requests for comment to Superintendent John Simpson, who was out of the office. Mehlville School District only provided the RFT a copy of survey questions sent to students and an email Gaines sent to Mehlville families after news broke of Schmitt’s subpoenas.

In Thousands of Pages of Emails, Eric Schmitt Found His Snitches

Among several questions, Mehlville third, fourth and fifth graders were asked included: “If you fail at an important goal, how likely are you to try again?” “How often are you able to pull yourself from a bad mood?” and “When things go wrong for you, how calm are you able to stay?”

Older students were asked about their performance in school.

None of the survey questions related to parents’ income levels or political affiliations as claimed.

Critics of the surveys also went after the third-party vendors that made them.

In its letter to Schmitt, Southeastern Legal criticized Panorama Education and Project Wayfinder. They specifically called out Panorama for its “commitment to dismantling systemic racism.” The company is owned by the son-in-law of U.S. Attorney General Merrick Garland, who worked with the FBI to address violence in school board meetings last year.

Panorama sells surveys to schools to help educators evaluate school climate and social-emotional learning, according to the company’s website.

Superintendent Gaines defended the surveys: “Just like we check in with students on their learning related to math and reading, Panorama helps our staff identify areas where students may need support and areas where we can improve our school cultures.”

Schmitt’s latest subpoenas come after the attorney general spent the bulk of the pandemic filing lawsuits or threatening to file lawsuits against schools over pandemic procedures. 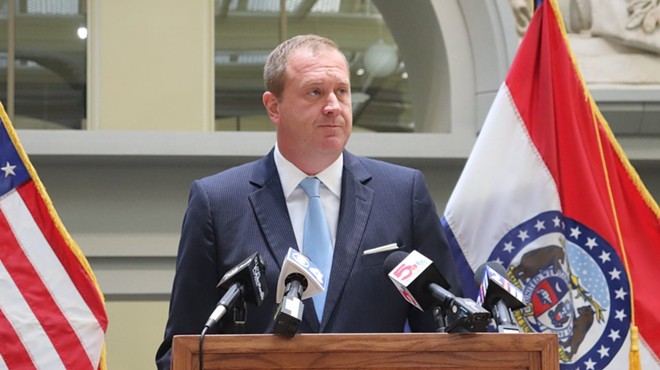 And in March, the attorney general launched the Students First Initiative aimed at eliminating curriculum that brings politically-charged topics like Critical Race Theory into the classroom. His website keeps a “transparency portal” open for parents to view records requests he sends to schools.

As attorney general, Schmitt says he’s “made it his mission” to work to empower parents and increase transparency in Missouri schools.

“Subjecting students to personal, invasive surveys created by third-party consultants potentially without parents’ consent is ridiculous and does nothing to further our children’s education,” Schmitt said in a statement. “After learning of these surveys, my office has opened an investigation and sent subpoenas to seven school districts across the state to get to the bottom of these surveys and put a stop to them.”