Everyone You Know Gets Car Washed, Goes for a Jog as St. Louis Warms Up 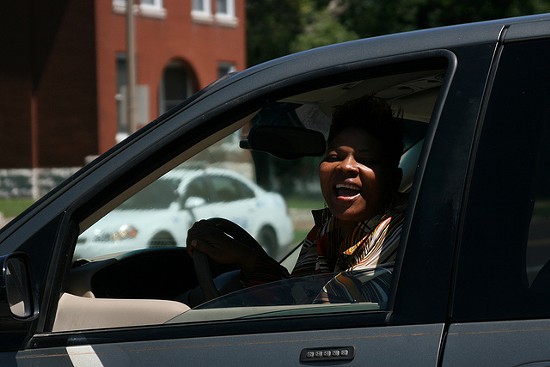 Paul Sableman on Flickr
It's finally warm and dry enough to get a car wash!

We don't want to jinx anything, but it sure is starting to feel like spring in St. Louis.

After a winter full of polar vortices, frost quakes and far too many snow days, St. Louisans are itching to feel the sun on their skin -- and to get those salt stains off their cars.

Patios, playgrounds and public spaces were packed Sunday, despite the temperature staying slightly-cool at around 55 degrees.

It's like Lord of the Flies at any public playground today.

People seemed willing to take any excuse to get outdoors:

Post by The Food Pedaler.
With the forecast finally looking up, many St. Louisans seemed to have the same idea: wash all this salt off the car.

It's 60 degrees n the line out the main road for a car wash on lemay gaaaaaah damn pic.twitter.com/ctEr1vLT9Y

And after those long, winter days stuck at home eating junk and marathoning House of Cards, joggers and bicyclists filled sidewalks, parks and trails around the city.

Hello spring! Looks like today is going to be a good day to start running outside again. #stlwx