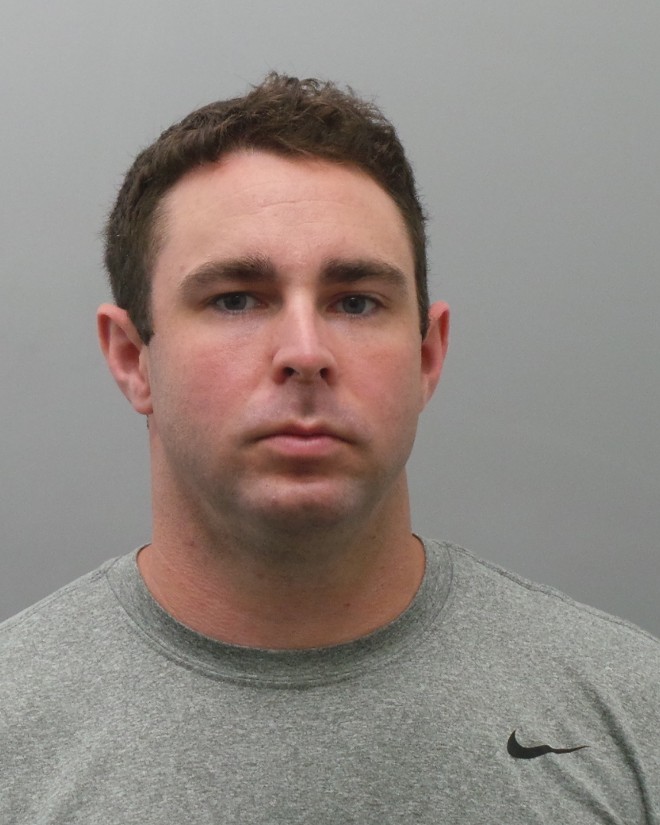 A former Florissant police officer who rammed a fleeing man with his police vehicle has been charged with first-degree assault, court documents show.

Recently fired detective Joshua Smith was filmed driving a Ford Explorer onto the lawn of a Dellwood home and slamming the unmarked police SUV into a twenty-year-old who was running away.

Smith was also charged with fourth-degree assault as well as armed criminal action, court records show. He was set to turn himself in. (Update: Smith has now surrendered to police.) Bond was set at $50,000.

St. Charles County Prosecuting Attorney Timothy Lohmar described video of the incident as "shocking" and clear evidence of a crime.

"The moment that vehicle turned its headlights towards the victim, that became a 4,000-pound missile," Lohmar says. "That's our dangerous instrument."

SCREENGRAB
A man tries to stumble away on a broken leg after a Florissant police officer hits him with a Ford Explorer.

The collision fractured the man's shin so badly the bone gouged through the skin, one of his attorneys, Jerryl Christmas, previously told the Riverfront Times. After the man was knocked down, he's seen trying to hobble away only to topple into the grass. Smith bolted out of the SUV and sprinted forward, seemingly kicking the man before pouncing on his back and hitting him.

The first-degree assault and armed criminal action charges are for striking the man with a weapon — the police Ford Explorer. The misdemeanor assault charge is for kicking and hitting the man on the ground, Lohmar says.

Smith, 31, was fired after video of the incident surfaced, but whether he would face criminal charges had been an open question. Lohmar stepped in as a special prosecutor after St. Louis County Prosecuting Attorney Wesley Bell handed it off because a conflict — one of the other two officers in the SUV with Smith is the son of a Bell staffer.

None of the other officers have been charged, and Lohmar said at this point they seem to be only "witnesses to a crime." He added that the case was still under investigation.

In the first days of the investigation, Lohmar told reporters the officers arrested the three men and released them on municipal summonses for charges including resisting arrest but didn't tell their superiors about the force used.

"All I know is about a twenty-second video clip," Lohmar said nine days ago. "What I saw is not standard police work. It is not acceptable police work, and it's shocking."

At least two surveillance cameras mounted on nearby homes captured the incident. The first, originally posted on Facebook by Real Stl News, is from the side. The second, released yesterday by the man's attorneys, is closer to a straight-on angle that shows the man and two others hop out of a vehicle and start running.

The police SUV driven by Smith then zooms into view, veering onto the lawn of a house in the 9800 block of Eastdell Drive where it rams the twenty-year-old. The second angle shows more clearly the initial hit as well as the man trying to stumble away on an obviously injured leg. In both versions, you can hear the man screaming in pain as Smith wrestles with him.

Florissant police were initially chasing the Dodge Charger because it reportedly matched the description of a vehicle from an incident three days before. In that call, people shot from the car before driving away, authorities say.

The footage of the collision and beating kicked off a series of demonstrations in front of the Florissant police station with protesters sometimes marching down the street to Mayor Timothy Lowery, who was the city's police chief before he was elected mayor in 2019.

The current chief, Tim Fagan, spoke briefly at today's press conference alongside Lohmar. He said Florissant has a strong police department and officers who stray from their duties will be held accountable.

"This is a sad day for the Florissant Police Department but an important day for our community," the chief said.