Exhibit of Medical Atrocities From Nazi Germany on Way to Wash. U. 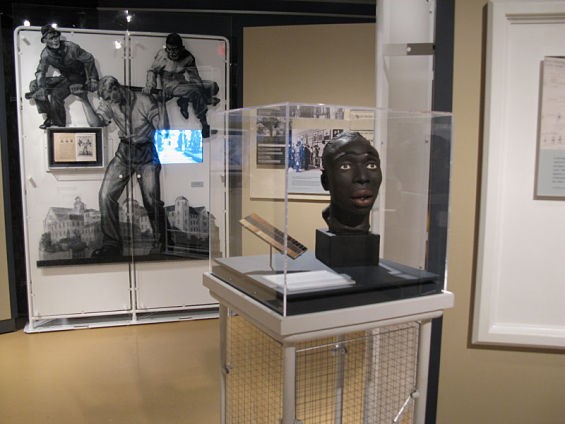 One of the lesser-known facts about the Nazis' quest to create a "master race" -- which culminated in the Holocaust -- is that they didn't start with the Jews. Sure, the persecution started in the early 1930s when Hitler and his National Socialist party took control of the German government, but at the time, Hitler and his cronies saw a greater obstacle to their goal of a nation of blue-eyed blonds merrily singing "Die Wacht am Rhein."

That would, of course, be Germans with birth defects, mental illnesses, genetic disorders and any other disabilities that would infect and corrupt the perfect master race and possibly even contribute to the extinction of the German people. Hitler enlisted an army of doctors and scientists to carry out his plan for "racial hygiene." (One of his deputies, Rudolf Hess, described Nazism as "applied biology.") Between 1932 and 1945, they sterilized more than 400,000 Germans and developed a method for euthanizing thousands more. (The euthanasia methods would eventually be used, on a much grander scale, in the concentration camps.)

Now these doctors and scientists are receiving their due share of the blame. The U.S. Holocaust Museum has assembled a traveling exhibit called "Deadly Medicine: Creating the Master Race." It will arrive in St. Louis a week from Monday, on August 8, and remain on display at the Bernard Becker Medical Library at the Washington University School of Medicine until October 30. The exhibit will be free and open to the public, though the university advises that visitors be high-school age or older.

The exhibit contains genetic charts, medical forms for registering children born with birth defects and for recommending that certain patients be euthanized, propaganda posters (including, chillingly, one from the U.S. -- yes, it could happen here), profiles of the more prominent "racial hygienists" and photos of doctors at work, examining patients for "abnormalities," studying "medical oddities" (such as twins) and conducting medical experiments on concentration camp inmates. 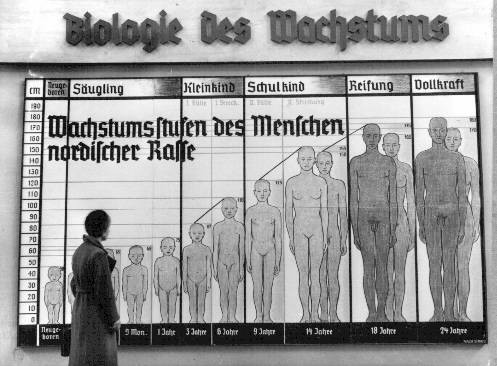 image via
"Stages of Growth for Members of the Nordic Race."

"It's important that the exhibit is at the School of Medicine because its compelling images and stories stand as stark reminders to the medical school community of how research can be twisted to justify unthinkable ends and how we cannot let it happen again," Paul Schoening, director and associate dean of the medical library, said in a press release.

Wash. U. professors warn that the Nazis' racial hygiene program has its own contemporary analogues.

"If history teaches us anything, it is that what has happened, can in fact happen," said Dr. Stephen Lefrak, director of the humanities program in medicine.

It certainly behooves an engaged citizen to comprehend that National Socialist Germany was a biological state that sought humankind's perfection through racial and biological selection. Therefore, for medicine in the age of genomics, in vitro fertilization and the search for wonder cures, the exhibit is a striking billboard warning us to be wary of the promise of biological utopian fantasies.