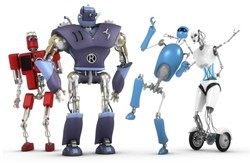 When Riverfront Times wrote a similar story three years ago, the Post's editorial page called it an "irresponsible exposé." Today the editorial page stuck to its guns in a predictably rote column, essentially asserting that teens are teens and to put any blame on MetroLink is "absurd."

Here our a few of the choice lines from the column, which we suspect was generated by civic-journalism software. Don't believe us? Below are some of the profound statements made in today's editorial.


Some kids have become rowdy and rude. Some have disrupted diners and patrons. Some have perpetrated petty thefts.

A few unruly youths are spoiling everyone's fun. They need to be dealt with directly.

Cops know how to clamp down on unruly gatherings of kids. The problem at the Loop is manageable with some directed focus.