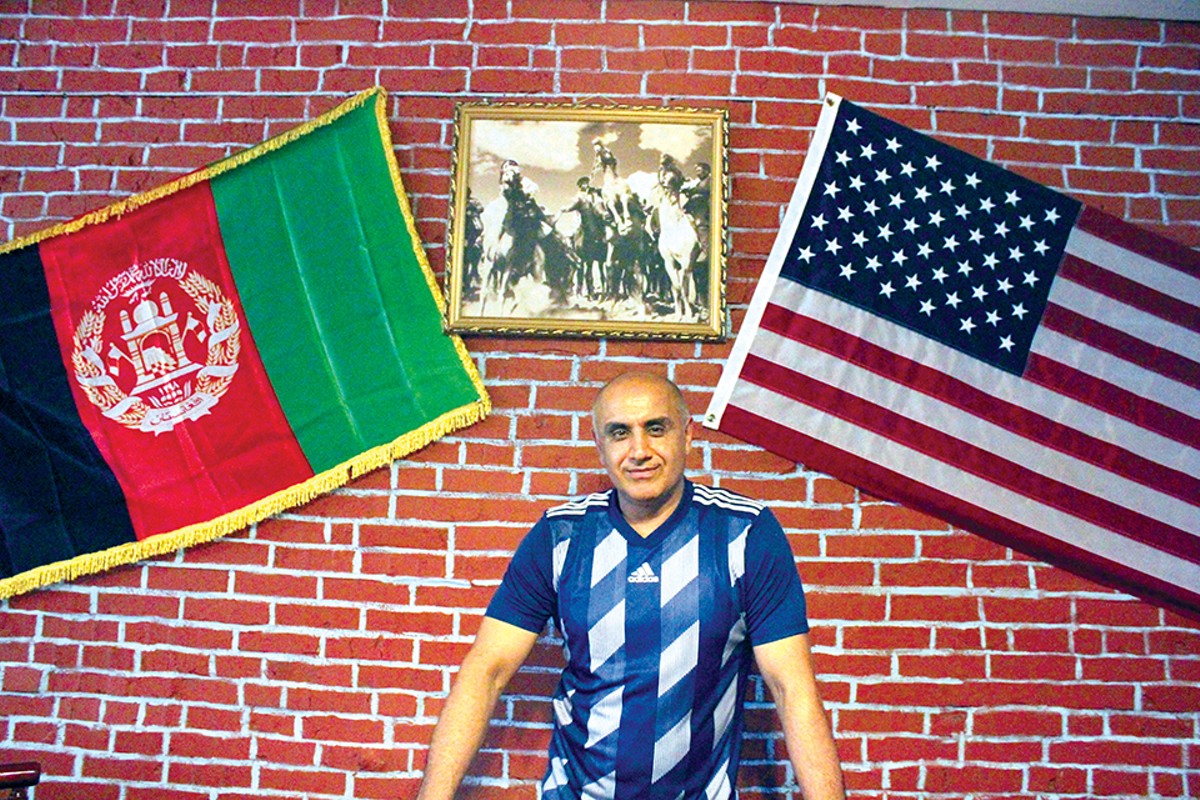 Fahime Mohammad was a homesick teen when he moved to St. Louis. Now, he sees it as the catalyst to his success. KATIE COUNTS

Fahime Mohammad loves to talk. He even jokes that some of his friends call him Chatty Kathy.

"I can go for a walk in the street and get into a conversation with a stranger," Mohammad says.

But that wasn't always the case. Mohammad moved in 1991 to the United States. As an immigrant from Afghanistan, he spoke no English.

He remembers nights where he would walk through north St. Louis, replaying scenes from his lost home, Kabul. The homesick teen thought of the days he spent drinking fresh pomegranate juice, flying kites, playing soccer.

"If someone gave me that life over there, I would buy it for whatever I have," he says now.

Growing up in Afghanistan was good for Mohammad. His family was well-off. He went to private school. He remembers eating incredible food — a favorite snack was a flatbread called bolani topped with leeks straight from the garden.

Afghanistan, however, was changing. The carefree days of Mohammad's childhood had begun to give way in his teens to the violence that came with a regime change. He says the Cold War was "being fought hotly" at the time in Afghanistan.

"Every second, every minute, every hour of our life was under constant threat," Mohammad says.

He recalls the day one of his soccer tournaments was cancelled. The field had been bombed.

It was not long after that Mohammad's parents decided their only choice was to send the teenager and his brother away.

"My parents said enough is enough, you have to flee, and then we fled," Mohammad says.

He was seventeen years old when he left with his brother. First, he says, they lived in Pakistan, and then they traveled to Thailand with counterfeit Danish passports before finally arriving in Los Angeles. Later, he and his brother moved to Missouri to live with their uncle in a tiny north St. Louis apartment. He says their rent was $106. At the time, Mohammad wasn't even a legal citizen. Still, he soon began adjusting to the loss of his old life in Afghanistan and the beginning of a new one in America. One of his first jobs was as a busser at a local country club. Mohammad worked his way up, and eventually his connections at the country club helped him get a job working in information technology at Edward Jones.

Mohammad says he's always been one to look for new opportunities and, given his early experience working in the restaurant business, he decided to open his own eatery. He left that job at Edward Jones and opened Sameem Afghan Restaurant in 2005, moving it in 2012 to become a part of the Grove's diverse food scene.

Before moving to America, he wondered whether he would ever further his education, get a job or even marry.

Mohammad took classes at a few local colleges while working at Edward Jones, and he got married after meeting his wife on a 2004 trip to Pakistan. In April 2008, he became a citizen.

Now, he's in his 40s, a restaurant owner and a father to three kids. His brother Qayum is his partner at Sameem, and Mohammad is about to open an international restaurant, called Cafe 7even, in the Kingshighway East neighborhood.

He still feels the loss of the boyhood home he left to move to the United States, but without that change he doubts that he would be as successful as he is today.

"I've gained way more than what I've lost," he says.