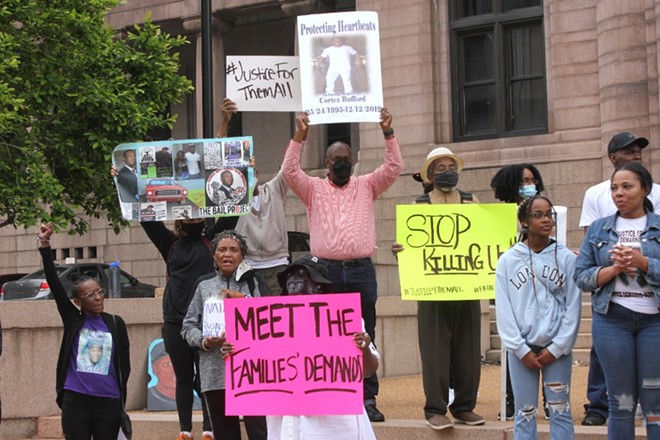 Monica Obradovic
Families stood in front of City Hall and yelled "We fight for you!" after victims' names were called.

It’s been 2 1/2 years since Tammy Bufford’s son was shot and killed by St. Louis police in a dark south city gangway. On the day that would have been Cortez Bufford’s 27th birthday, Tammy Bufford and four others who lost family members to police violence stood on the steps of St. Louis City Hall to demand police reform. 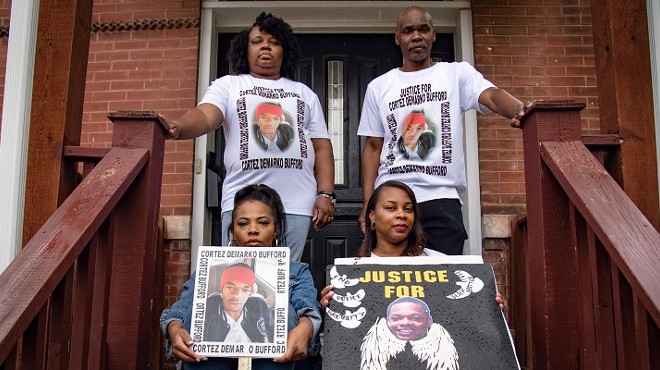 A Police Killing in St. Louis Remains Shrouded in Darkness

Bereaved speakers brought various demands, from reparations to a ban on no-knock warrants. They said they’ve brought these demands to elected officials before, but they did not receive the response they wanted.

Gina Torres called for an end to no-knock or “quick-knock” raids. Her son, Isaiah Hammett, was killed by a police SWAT team during a no-knock raid in 2017. 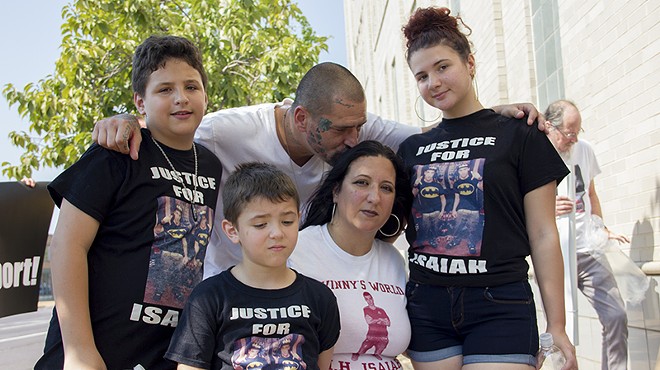 Larry Graves demanded a ban on vehicular chases. His son, Julius Graves, died in a hospital after police reportedly tased and sedated him in 2019.

Larry Graves’ plea comes weeks after five members of the Simmons family were killed after a Jeep broadsided their minivan during a police chase.

“Due to the fact that innocent people are losing their lives [because of] these high-speed chases, we need to start looking to existing technology and developing technology to eliminate the need for deadly vehicle chases,” Graves said.

Another parent, Toni Taylor, lost her son Cary Ball in 2013 when the St. Louis Metropolitan Police Department shot and killed him following a police pursuit. A federal investigation in 2014 concluded the police’s use of force was justified, though Ball’s family have asked prosecutors to reopen his case. 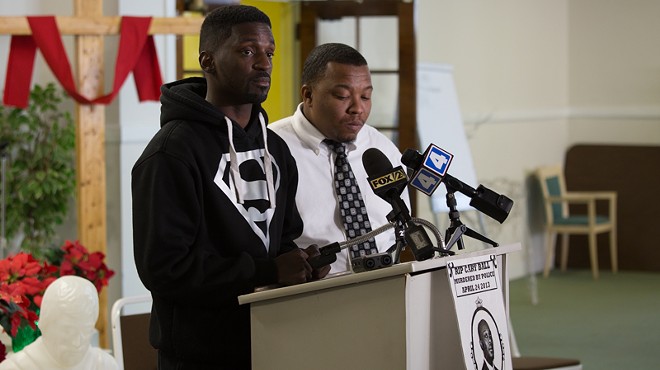 “All of us together can collectively hold these police accountable for real,” Taylor says. “Police cannot police themselves.”

Bufford called for authorities to become more transparent to families about the circumstances surrounding their loved ones’ deaths. 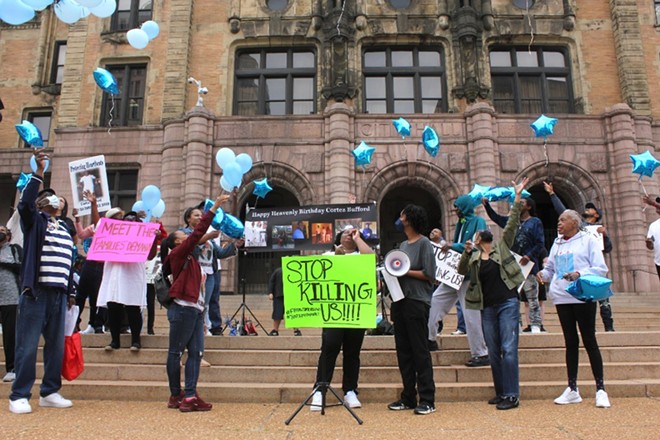 Monica Obradovic
Tammy Bufford (center) wipes a tear as balloons are released in honor of her son's birthday.

After her son’s shooting, Bufford says police would not immediately verify her son had indeed been killed. She learned about the shooting after one of her son’s friends knocked on her door the night of her son’s death and said “They shot him.” 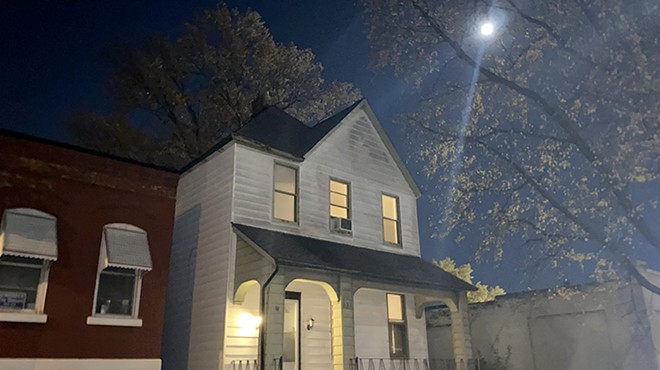 “I don’t want any other family to go through what I went through,” Bufford tells the RFT. “There was no one to help us through this process, and that’s why we started the Fatal State Violence [Project]. We don’t want families to have to navigate this system alone.”

All those who spoke are part of the Fatal State Violence Project, an initiative by ArchCity Defenders and Faith For Justice. They focus on supporting families who have had loved ones killed by police or state authorities.

Since November of last year, these families have reached out and met with local and state elected officials — including the St. Louis mayor, the St. Louis County executive, and the St. Louis Board of Aldermen — with varying degrees of responsiveness, according to Z Gorley, communications director of ArchCity Defenders.

“Some requests to meet were not acknowledged, at least one was postponed, and thus far, only one elected official has indicated a willingness to move on one of the demands,” Gorley says.

After the rally at City Hall on Cortez Bufford's birthday, attendees released balloons into the air.

Tammy Bufford remembers her son as a free spirit who “loved to live.”

“We continue to fight for Cortez,” she says. “We want the people responsible for his death to be held accountable.”