FBI: Ronald Roberts Steals $2.5 Million For Fake Walmart, Gambles it Away at Casino 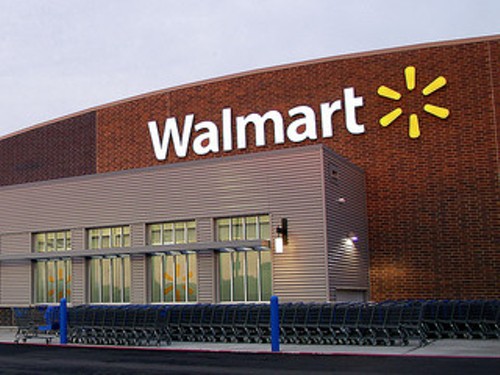 Federal investigators say Ronald Roberts, 53, stole millions of dollars pretending to buy real estate for a future Walmart store and instead gambled the money away at a south county casino.

The FBI and the U.S. Postal Inspection Service are investigating the Town & Country man for three felony counts of wire fraud and one felony count of mail fraud. Roberts turned himself in Tuesday after a federal grand jury indicted him December 11.

Roberts stole $2.5 million from lenders by pretending he was buying land he would later sell to Walmart, says the U.S. attorney's office. He told victims he'd earn between $7 million and $22 million once the land became the site for Poplar Bluff's second Walmart, but instead he used the money for gambling at River City Casino.

Roberts' real estate transactions were made up, and the property he was pretending to buy is worth substantially less than he told lenders. There is no news of a second Walmart coming to Poplar Bluff.

If convicted, each fraud count carries a maximum penalty of 20 years in prison and/or fines up to $250,000. Assistant United States Attorney Richard E. Finneran is handling the case for the U.S. Attorney's Office.