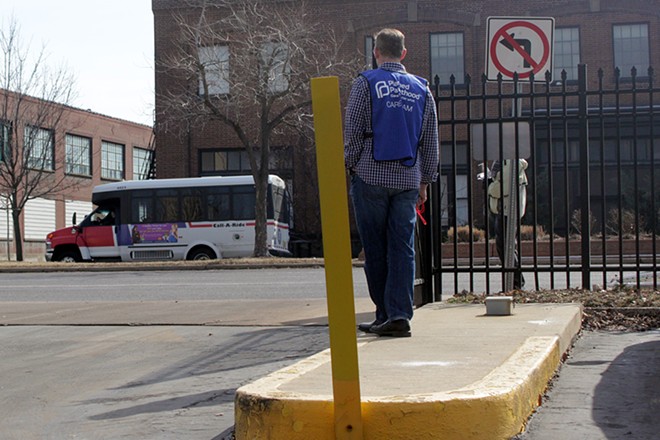 On Friday, in a one-sentence ruling, the full Eighth U.S. Circuit Court of Appeals issued a temporary stay on the groundbreaking ruling issued by U.S. District Judge Howard Sachs in April 2017.

Based on a landmark Supreme Court case in Texas, Sachs's ruling had blocked the "undue burdens" Missouri inflicts on clinics. Those burdens, while medically unnecessary, were steep enough to prevent additional Missouri clinics from offering abortion services and led to Planned Parenthood's Columbia clinic losing its abortion license 2015.

In the wake of Sachs' ruling, the obstacles restricting abortion access to a single St. Louis clinic were no more. Planned Parenthood clinics in Kansas City, Columbia, Jopin and Springfield swung into action to obtain state licenses to offer elective abortion services.

Yet Friday's ruling by the Eighth Circuit freezes all but Kansas City's efforts, as that clinic already reached "an established settlement with the state," according to a statement by Planned Parenthood Great Plains.

"The Supreme Court, in Whole Woman’s Health v. Hellerstedt, has already held that admitting privilege and [ambulatory surgical center] requirements are unconstitutional and create an undue burden on patients seeking safe, legal abortion services," the statement continues. "PPGP continues to evaluate all of its legal options."

As we reported last week, the Planned Parenthood clinic in Columbia had already passed its state inspection and expected to receive its state license within days, meaning it could begin taking appointments for surgical abortions.

Now, those plans, along with those of clinics in Joplin and Springfield, are on hold.

"We are deeply disappointed the Eighth Circuit has granted a stay motion that will result in women being unable to receive the health care they need and are constitutionally entitled to," said Mary Kogut, President of Planned Parenthood of the St. Louis Region and Southwest Missouri, in a statement. "We are confident the district court's decision will stand up to review."

What does this mean for abortion rights in Missouri? Only time will tell. But with a federal appeals court considering whether the state's laws place "undue burden" on reproductive rights, the only thing certain is that many Missouri women seeking surgical abortions will continue to do what they've done for years: make the lengthy, burdensome trip to St. Louis.